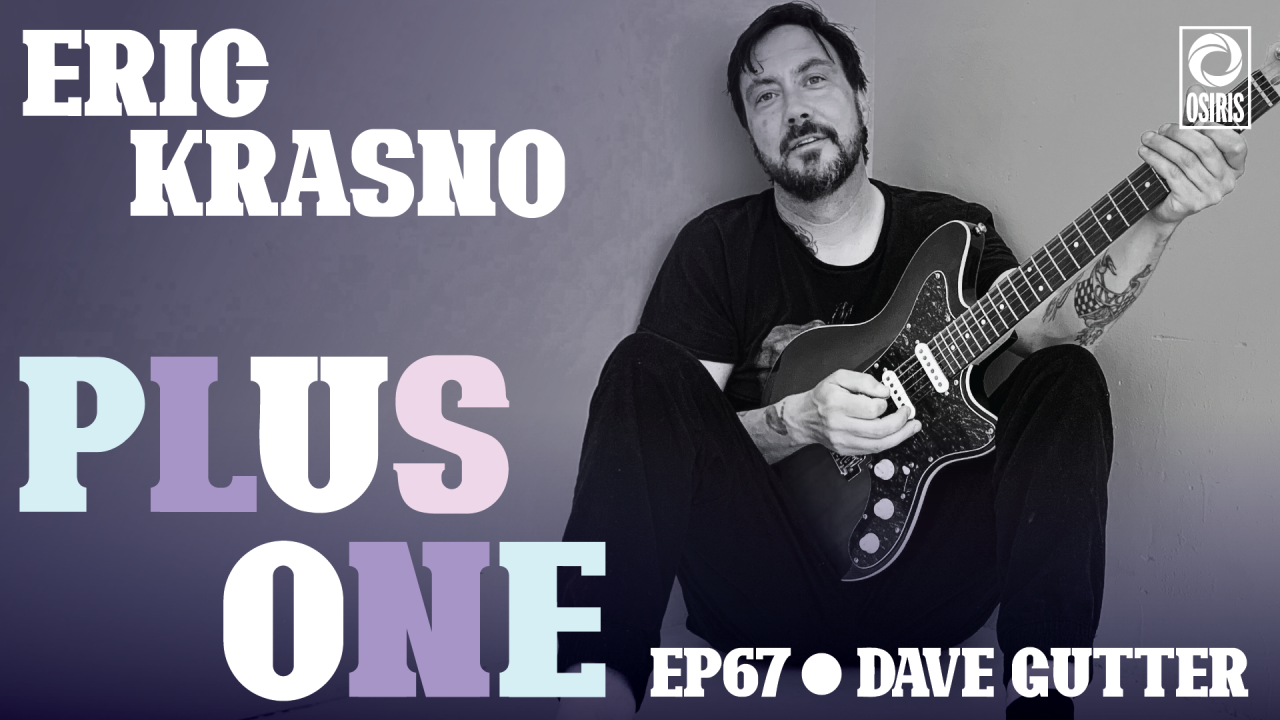 This week on Plus One, Kraz chats with his friend Dave Gutter, best known from the band Rustic Overtones. Dave and Kraz have recorded, written, and produced together many times, including co-producing Aaron Neville’s Apache album, as well as Eric’s own Blood From A Stone. The pair also discuss Dave’s punk roots, how Rustic Overtones managed to land a record deal with Arista records, and an hilarious evening which affected Dave’s guitar playing from that night forward.

Dave Gutter is a producer, songwriter, and guitarist from Portland, Maine. He became known for leading the band Rustic Overtones, as well as work with the acts Armies and Paranoid Social Club. Rustic Overtones’ first major label release, ¡Viva Nueva!, included guest appearances by David Bowie and Funkmaster Flex, and Imogen Heap. They have been praised as one of the most successful acts to emerge from the state of Maine and maintain a rabid fanbase to this day.