Greg, Joey, and Carina (and Bruce!) are dripping with excitement to drop our latest studio episode, featuring an interview with the producer of the latest Goose album, Dripfield – the acclaimed D. James Goodwin!

During this episode, the hosts gush about Carina while completely neglecting Bruce’s feelings, and talk about big news in the Goose world, covering their huge appearance at Bonnaroo, the Dripfield album release on Friday, June 24th, and the band’s first headlining shows coming up at Radio City Music Hall! They also head #downthepathway with the renowned record producer, recording engineer, and musician, D. James Goodwin. The group (sans Bruce) talks with Goodwin at length about creating the Dripfield experience; his background as a music fan, musician, and producer; his take on working with the slowest band on the planet; the differences and similarities between musical genres and blending it all together in the jam world, and so much more…even a horde of tree frogs make an appearance! Goodwin also reveals some unannounced plans for the future, including intel on forthcoming studio work beyond Dripfield. This is one of the most insightful conversations about the band we’ve had to date, so be sure to listen in!

For more information about our guests, visit our socials!

FB: The Great Beyond 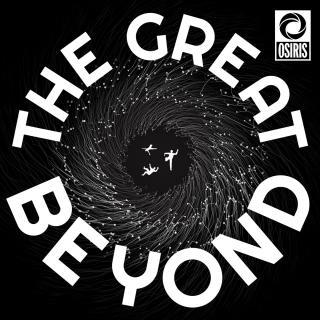 This is not a Goose podcast…or is it? Goose deep-dives, show recaps, interviews, and general shenanigans make up the pathway to The Great Beyond!