Today we have a bunch of podcast recommendations for the weekend.

1. Festival Circuit: New Orleans Episode 2. In this episode, we explore the idea of family in New Orleans, in all the ways that it manifests—the famous musical families of the city, the broader New Orleans musical family, and the idea that the city feels like one big family in many ways. There’s discussion of food, a lot of music, and so much more. We also talk about how the New Orleans family came together around a tragedy, after Hurricane Katrina. We end with talking about this amazing performance from Bruce Springsteen at the 2006 jazz fest, which we’ll pick up in episode 4. Thanks to all interviewees, and to our partners at WWOZ. https://www.osirispod.com/podcasts/festival-circuit-new-orleans/festival-circuit-new-orleans-families-of-music/

2. David Crosby from 1998 on The Tapes Archive. A never before published interview with David Crosby from 1998, where Croz talks about meeting his son after 30 years, writing and playing music with his son, and a lot more. I’d also like to remind you about Freak Flag Flying, the 5-part series we did with David Crosby earlier this year, which feels like a lifetime ago. https://www.osirispod.com/podcasts/the-tapes-archive/the-tapes-archive-033-david-crosby-interview-from-1998/

3. Campaign Songs on Politics of Truth. Bob’s guest this week is Margaret Talev, White House and Politics Editor at Axios and a CNN political analyst. Margaret is also a huge music fan who’s paid close attention to the soundtracks of campaigns for as long as she’s been on the trail. Margaret and Bob discuss which campaigns have harnessed the power of music effectively, and why it’s worked. There’s also the inevitable awkwardness (and occasional lawsuit) when a campaign co-opts the music of a political opponent, as is happening now with the Trump campaign on multiple fronts. And they talk a little politics. https://www.osirispod.com/podcasts/the-politics-of-truth/politics-of-truth-episode-15-campaign-music-with-margaret-talev-of-axios/

4. American Aquarium on Southern Songs and Stories. This is the first of a two episode series on BJ Barham of American Aquarium, with in depth conversation with BJ Barham as well as guests Ronda Chollock, a music promoter from Charlottesville, Virginia, and music artist Tyler Boone, who grew up in Charleston, South Carolina, but now calls Hollywood home. They talk about how Barham articulates the dark history of the South so that people will start having conversations about racial and class divides, however uncomfortable those conversations might be. They touch on how bittersweet it must be to have a hit record with no way to play it in person to fans, about how metal and Southern rock have more in common than you might have thought, and working with yet another Grammy-winning producer, Shooter Jennings. https://www.osirispod.com/podcasts/southern-songs-and-stories/southern-songs-and-stories-bj-barham-and-american-aquarium-it-all-starts-with-just-one-word/

5. Dani Markham on Past, Present, Future, Live! Another reminder about this conversation and the exclusive live music with this amazing percussionist. We talk about her work with Tune-Yards, Childish Gambino, and many others. And stay tuned for the new music. https://www.osirispod.com/podcasts/past-present-future-live/past-present-future-live-episode-6-dani-markham/ 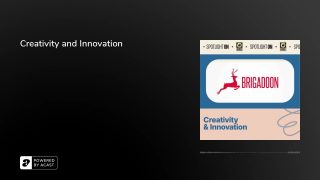 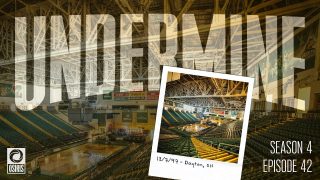 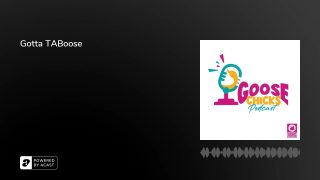