“And then somewhere fairly early on, I started listening in on another level in real time. Where I’ve started using my intuition as well as listening and intuiting where folks were going with what they were doing and, you know, if Jerry or Phil or Keith or Brent or whoever was headed in some direction. OK, I know this guy. I know where he lives. I’m going to try to get to where he’s going. And when we both get there, I want to be there with a little surprise for him. And that was the game that we played.” – Bob Weir

In Episode 3 of Comes A Time, Mike & Oteil chat with Grateful Dead founding member and rhythm guitarist Bob Weir. The three discuss the forced slow- down that’s come out of COVID-19, Bob’s reflections on Jerry Garcia’s passing, and what he learned from both the Acid Tests and years of improvisational performance. Bob shares his views on mortality, his support for peaceful protest, and the merits of listening to music on Vinyl.

One of the founding members of the legendary Grateful Dead, which received a GRAMMY Lifetime Achievement Award in 2007, Bob Weir has become one of rock’s finest and most distinctive rhythm guitarists. In 2016, Weir released Blue Mountain on Columbia/Legacy, his first album of solo material in more than 10 years and his first album of entirely original material in more than 30 years. Weir is currently a member of Dead & Company which features Grateful Dead members Mickey Hart and Bill Kreutzmann along with John Mayer, Oteil Burbridge, and Jeff Chimenti. 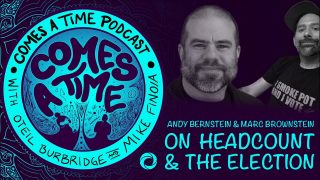 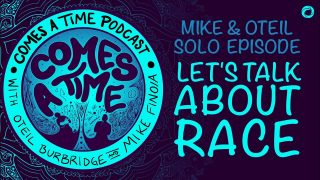 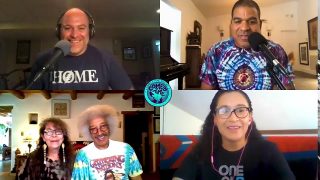