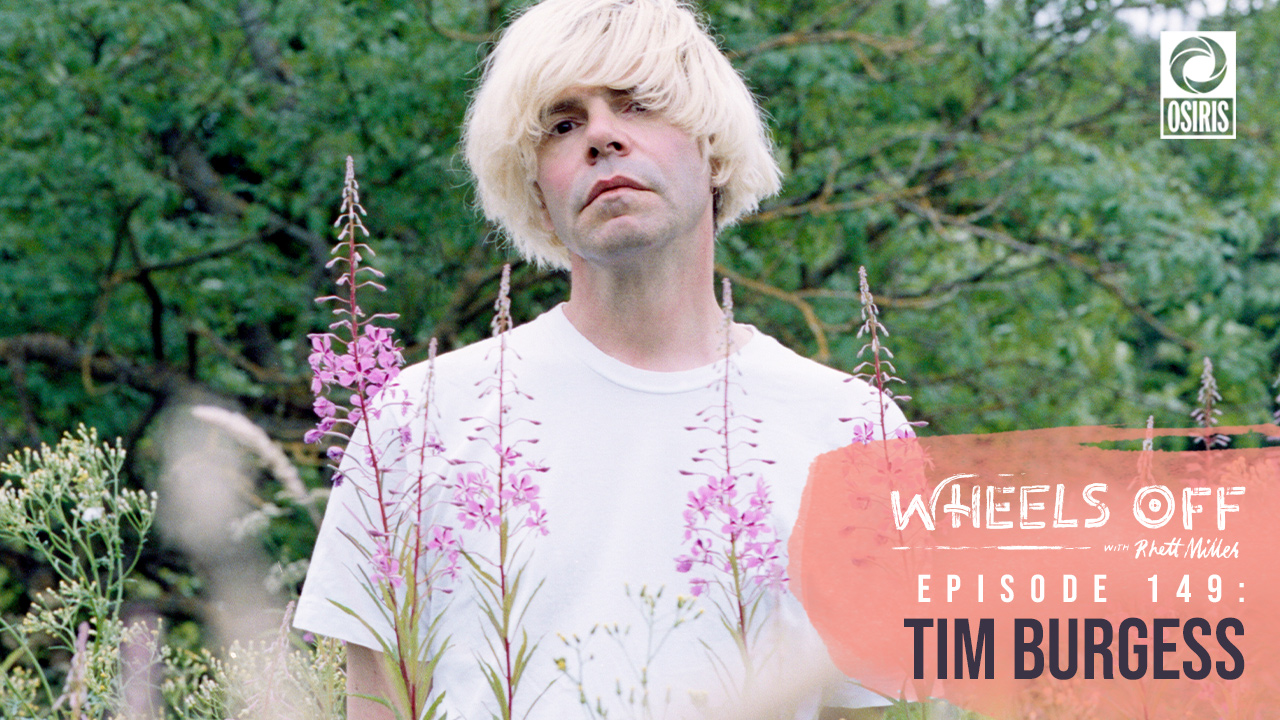 Tim Burgess, frontman for The Charlatans joins Rhett from Manchester to talk about his new solo album Typical Music, how he unexpectedly created an online music community with his now-beloved Twitter Listening Party, and why he still considers himself lucky, even after 33 years of success in the music industry.

Tim Burgess is a proper polymath, a hyperactive multi-talent whose long remarkable career encompasses over three decades as lead singer and frontman of The Charlatans, five diverse solo albums, three unique memoirs, the foundation of the prismatic O Genesis label, and more than 1000 installments of Tim’s Twitter Listening Party.

This podcast is available on Apple Podcasts, Stitcher, Spotify, or wherever you get your podcasts. You can also ask Alexa to play it. Please leave us a rating or review on iTunes. Revisit previous episodes of Wheels Off with Rosanne Cash, Rob Thomas, Will Forte, Lydia Loveless, Allison Moorer, Ted Leo, Paul F. Tompkins, Jen Kirkman, and more. Find Rhett’s podcast #WheelsOff and other music-powered shows on @Osirispod