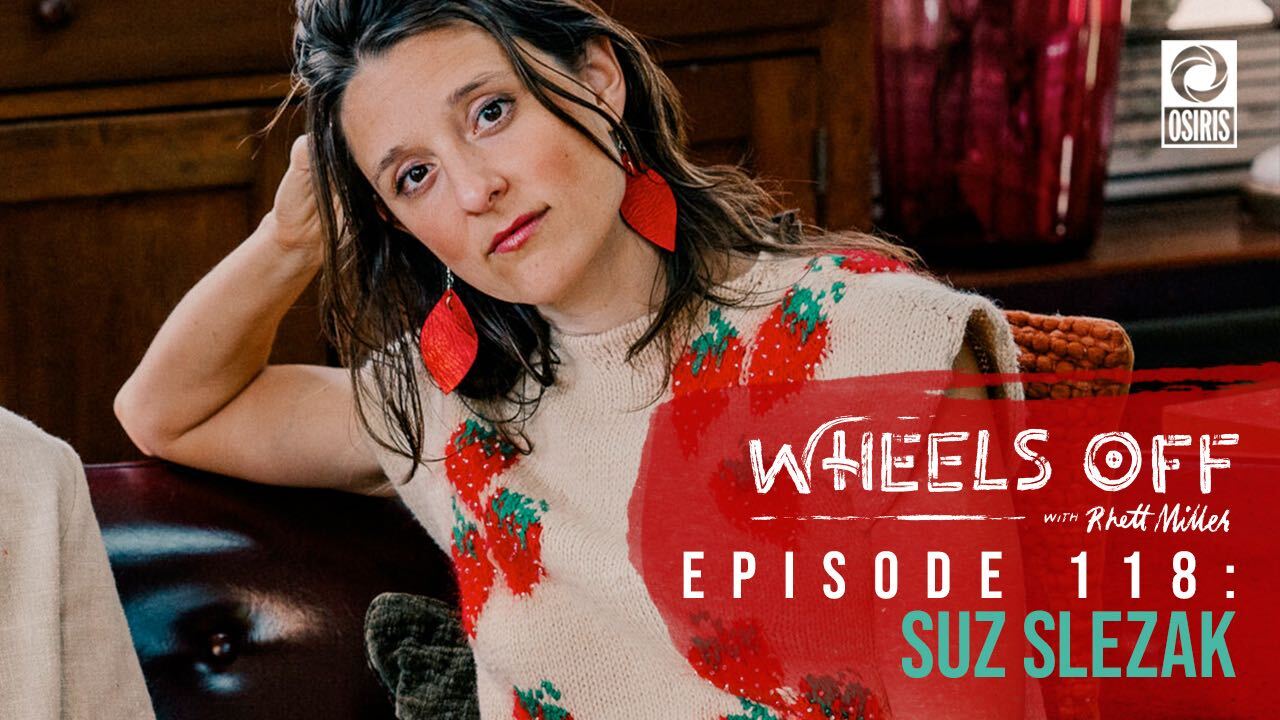 Musician Suz Slezak joins Rhett from her home in Charlottesville, VA to talk about her new solo album, the moment when she realized that she could make a living as a musician, and talks about her struggle with bipolar disorder. The two discuss managing one’s self critic and why it’s important to remember that your fantasies might come true.

Suz Slezak is a fiddle player and one half of the pioneering folk duo David Wax Museum. Our Wings May Be Featherless is the debut solo album from Suz Slezak, co-founder of the pioneering indie folk band David Wax Museum. The nine-track album was produced by Anthony da Costa (Joy Williams, Yola, Sarah Jarosz) and recorded throughout 2020 in Nashville and in Slezak’s homebase of Charlottesville, VA. It is a stunning and poignant collection of songs, an emotional tour de force, displaying the artist’s breathtaking lyricism, multi-instrumental breadth, and her ability to weave some of life’s most difficult moments – traumatic childbirth, a best friend’s suicide, and her own public struggle with bipolar disorder – into an Americana masterpiece. Available on March 4.

Be sure to listen to Rhett’s interview with David Wax, the other half of David Wax Museum.