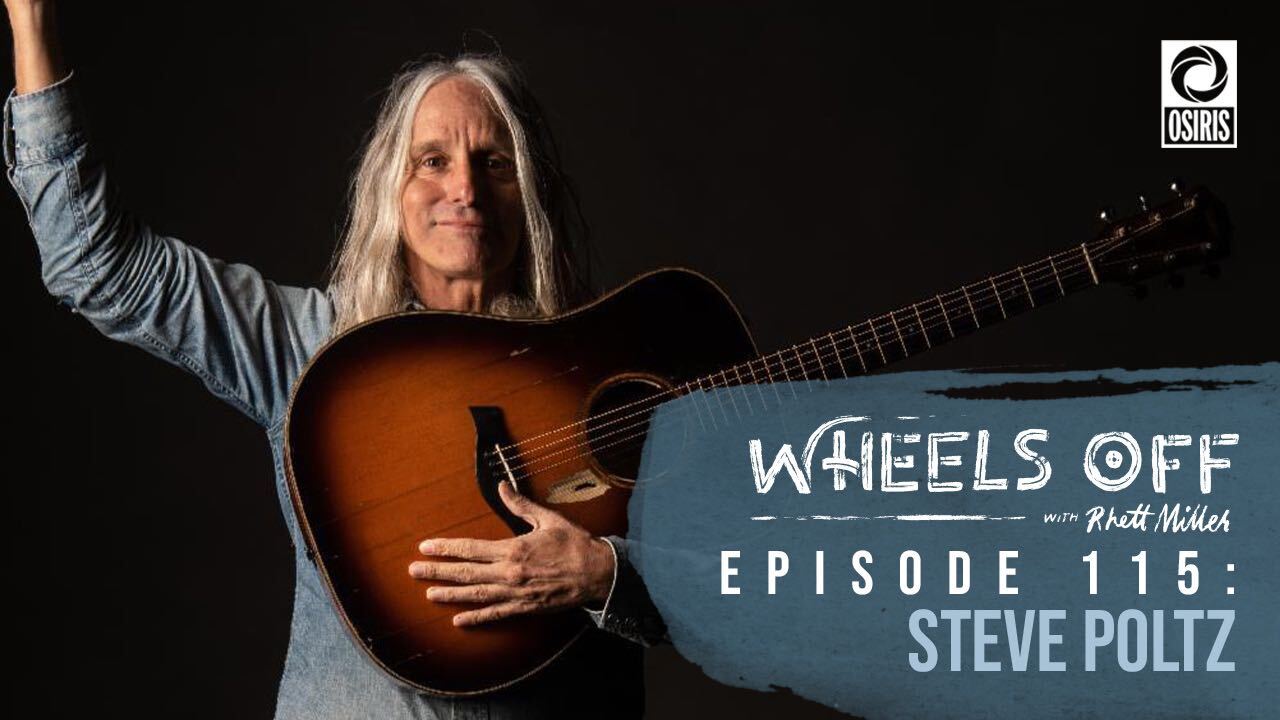 Singer-songwriter Steve Poltz joins Rhett from Portland, ME (in the middle of his tour with the Wood Brothers) to tell wild stories from the early days of his career, growing from failed performances, and his morning routine. You’ll hear Steve tell Rhett about a practical lesson that helps him eliminate internally-generated negativity, making less money from performances after destroying venues, and much more.

Steve Poltz is a musician from Nova Scotia who grew up in San Diego, CA. He gained initial recognition for co-founding the Rugburns, who released 6 exciting albums in the late 80s and early 90s, and toured nationally. Steve co-wrote the multi-platinum “You Were Meant For Me” with Jewel, and has also written songs with other legendary artists including Billy Strings, Sierra Hull, Nicki Bluhm, Oliver Wood and even Mojo Nixon. In this episode you’ll hear all about his wild ride on the rock n’ roll rollercoaster, and you won’t want to miss what he has to say!

Steve’s new record, Stardust and Satellites, comes out on February 18. Pre-save it here and check out the single from the album, “Conveyor Belt” on Apple Music or Spotify