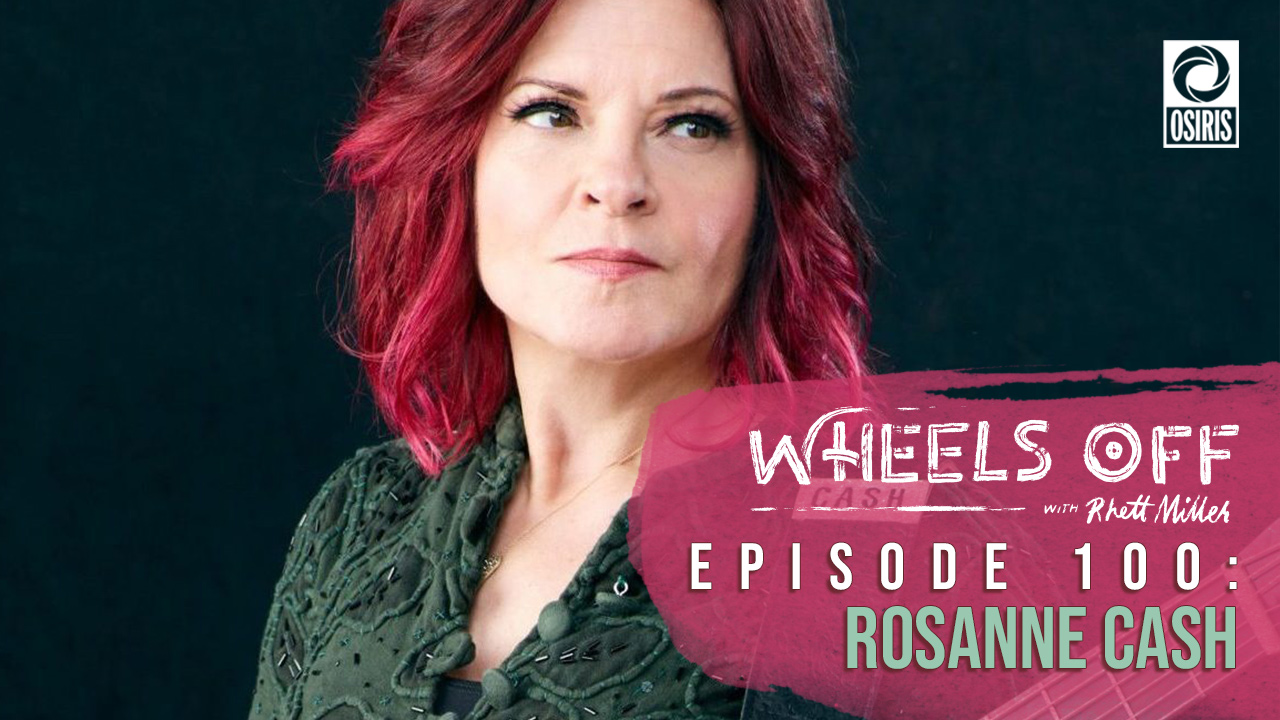 Rosanne Cash, Rhett’s very first guest on Wheels Off, returns to the podcast to help celebrate episode 100. The two discuss what they’ve learned since episode 1 (in 2018), how the pandemic has affected her creatively, and what she’s looking forward to as she returns to performing live. Rosanne tells Rhett about the new music she’s written, including songs she co-wrote with Matt Berninger of The National and “The Killing Fields”, a powerful and personal song about reconciling issues of race, racism, and privilege.

Rosanne Cash is a singer-songwriter and author from Memphis, Tennessee.  The eldest daughter of country music legend Johnny Cash, Rosanne took after her father’s musical intuition, but blazed her own trail as an artist. Her unique flavor of country music draws from rock, blues, Americana, and folk to create genuine and heartfelt soundscapes that contain powerful messages. She has released over a dozen studio albums and won four Grammy Awards.