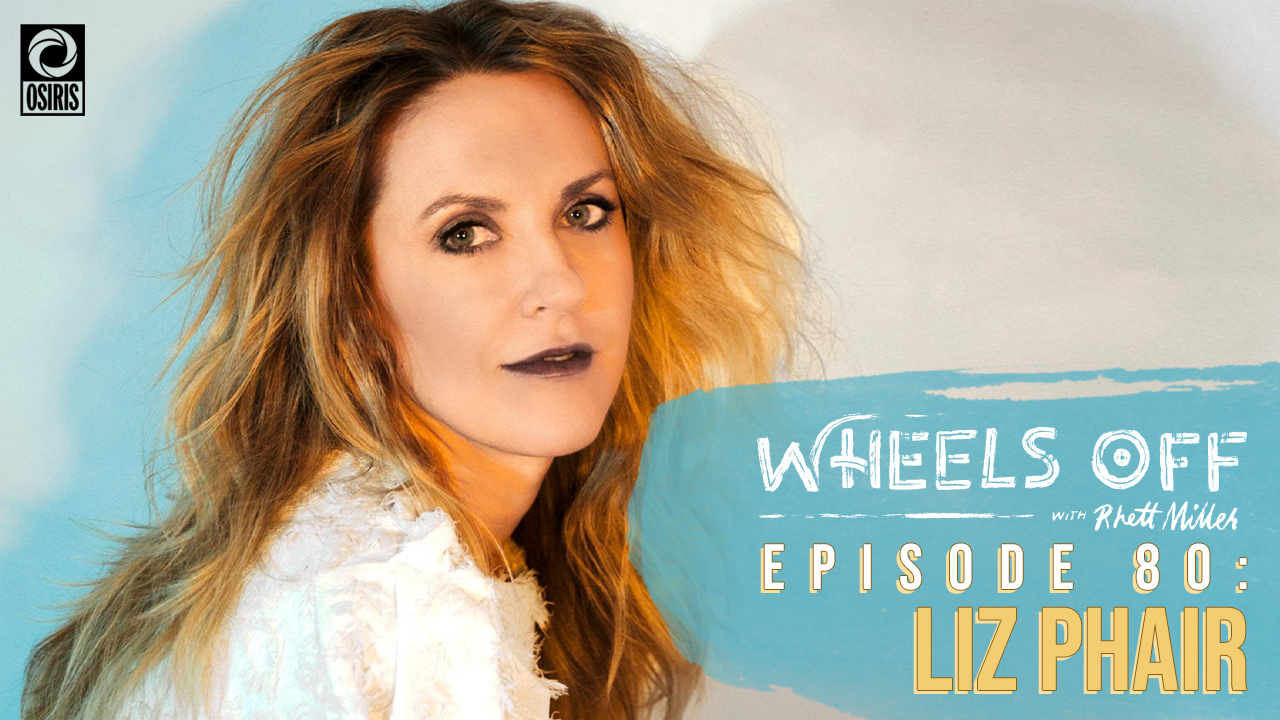 In this episode of Wheels Off with Rhett Miller, singer-songwriter Liz Phair joins Rhett from her home in LA to talk about her creative journey as a musician. The two discuss how being home during the pandemic has changed their lives, why social interaction is crucial for creative inspiration, and dig into her memoir Horror Stories. Liz explains why you “just have to go for the ride” in order to conquer feelings of self-doubt and shares a few other savvy insights gleaned from her extraordinary career.

Liz Phair is a two-time Grammy-nominated singer-songwriter from Chicago who came to prominence in the early 90’s, thanks to the emotional authenticity of her lyrics and the lo-fi instrumentation in her music. She has been a recording artist and touring performer for over twenty-five years, paving the way for countless music artists, particularly women, who cite her among their major influences. Her 1993 debut studio album, Exile in Guyville, is ranked by Rolling Stone as one of the 500 Greatest Albums of All Time. Her 7th studio album, Soberish, will be released on Friday, June 4.

This podcast is available on Apple Podcasts, Stitcher, Spotify, or wherever you get your podcasts. If you like this podcast, please leave us a rating or review on iTunes. Upcoming episodes of Wheels Off include The Doors’ John Densmore, author Lily Brooks-Dalton, actress Paget Brewster, and more. Revisit Season One of Wheels Off with Rosanne Cash, Rob Thomas, Will Forte, Lydia Loveless, Allison Moorer, Ted Leo, Paul F. Tompkins, Jen Kirkman, and more.