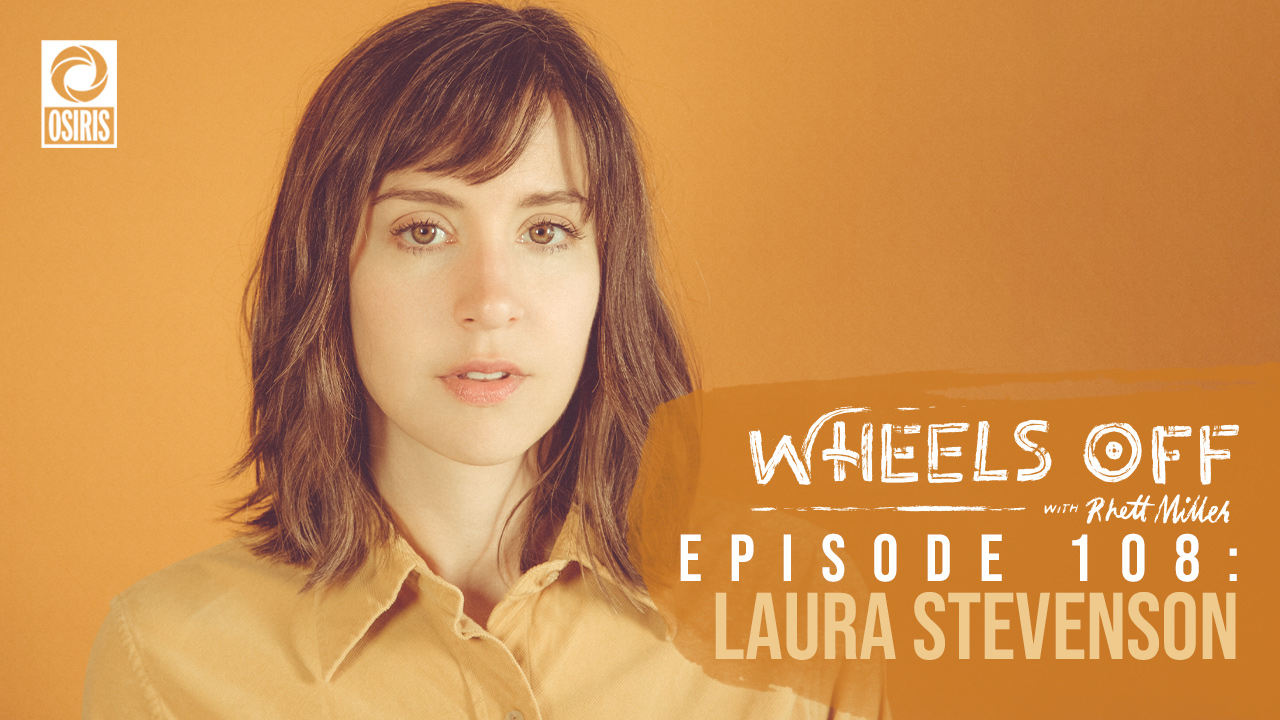 Singer-songwriter Laura Stevenson joins Rhett to talk about releasing an album during the pandemic, finding value in not having a plan, and the darker moments that occur during the creative process. They discuss Laura’s new album and why she can’t wait to start writing new music.

Laura Stevenson is a singer-songwriter from Long Island, NY. She made her recording debut in 2009 and was a keyboard player for the musical collective Bomb the Music Industry! In 2016, Stevenson released her first live album, recorded at Vera Club, and donated all of the proceeds to Planned Parenthood. Her sixth solo album, simply titled Laura Stevenson, was released in  August 2021.

Wheels Off is brought to you by Osiris Media. Hosted and produced by Rhett Miller. Co-produced by Kirsten Cluthe in partnership with Nick Ruffini (Revoice Media). Editing by Justin Thomas. Production Assistance by Matt Bavuso. Music by OLD97’s. Episode artwork by Katherine Boils. Show logo by Tim Skirven.