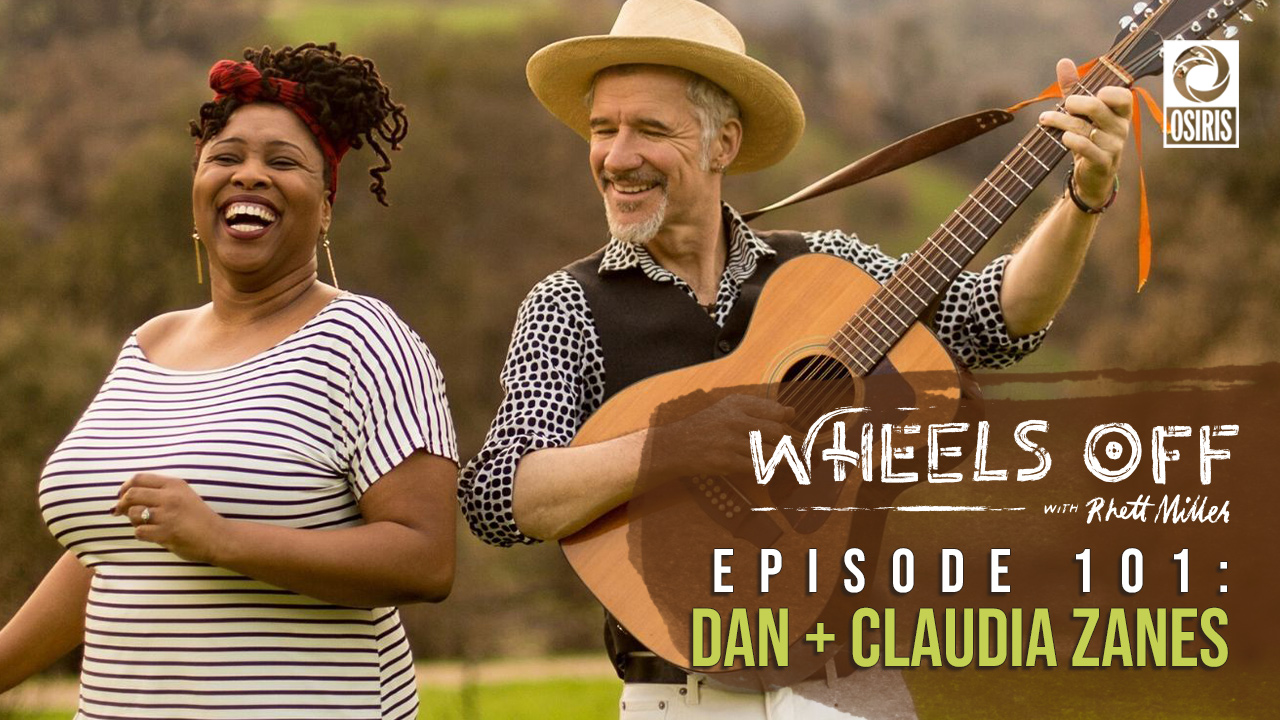 Husband and wife creative duo Dan + Claudia Zanes join Rhett to talk about the making of their new record, Let Love Be Your Guide, which was created during the pandemic. They tell Rhett about the tension of working in a competitive society while sticking to their values, music as a unifying force, and what they would tell their 21-year old selves.

Dan and Claudia Zanes have been making music together since the day they met in 2016. Dan Zane was a member of the 1980s band The Del Fuegos and is now the front man of the Grammy-winning group Dan Zanes and Friends. Claudia Zanes is a Haitian-American Vocalist and Music Therapist, and a graduate from Berklee College of Music in Boston. Together, they created Night Train 57: A Sensory Friendly Comic Folk Opera, a theater piece which premiered in October 2017, as well as an award-winning songbook titled Dan Zanes’ House Party: A Family Roots Music Treasury. Claudia also runs her own skin care business called CLEO Soaps, and Dan works with Constructive White Conversations, an anti-racist organization he co-founded in 2011.

Revisit previous episodes of Wheels Off with Rosanne Cash, Rob Thomas, Will Forte, Lydia Loveless, Allison Moorer, Ted Leo, Paul F. Tompkins, Jen Kirkman, and more. This podcast is available on Apple Podcasts, Stitcher, Spotify, or wherever you get your podcasts. You can also ask Alexa to play it. Please leave us a rating or review on iTunes.