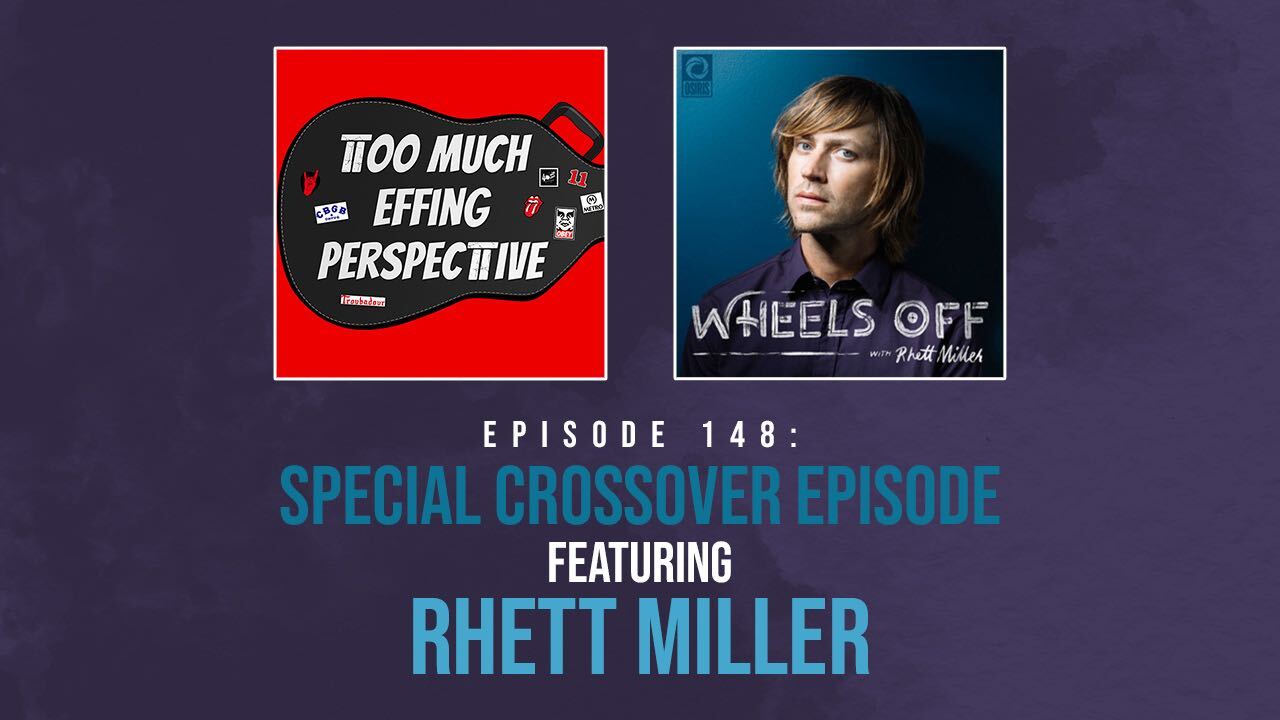 This week we have a special episode for you: Rhett on the podcast Too Much Effing Perspective.

Every performer who’s ever been on the road has at least one bizarro story that could have been pulled straight from the iconic music mockumentary, This Is Spinal Tap. Co-hosts Allen Keller and Alex Hofmann delve deep into their guests’ harrowing, humbling, and hilarious Spinal Tap Moments uncovering universal truths along the way.

Rhett shares his own stories of mishaps and misunderstandings – like the time he was recording with Waylon Jennings and had to correct Waylon, his hero, on the way he pronounced a word in the song. Or the time he accidentally insulted a member of The Kids In The Hall, one of his favorite comedy groups. It’s a look back at some of the funny, sometimes absurd, moments that happen when you live a creative life.