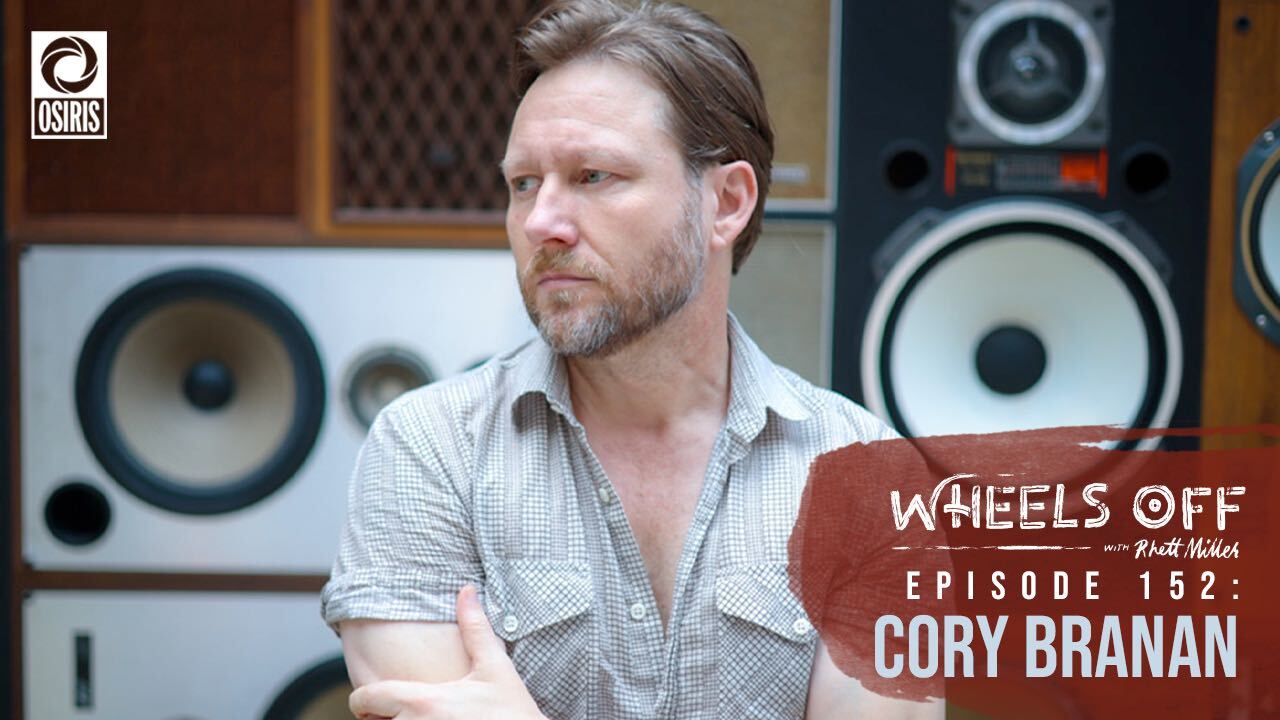 Singer-songwriter Cory Branan joins Rhett from the road to talk about his approach to writing and the creative process behind his new record, When I Go I Ghost. Cory tells Rhett about learning to record, mix, and master during lockdown, which resulted in five direct-to-fan cover records that included some surprise cover song requests; and, the importance of being able to connect directly to fans.

Over the last two decades Cory Branan has released five albums to much critical acclaim from NPR, Pitchfork and Rolling Stone among others, who called him, “A country boy with a punk-rock heart.” He has toured extensively, appearing on stages from Letterman and the Ryman to your town’s shittiest punk bar.

Order his latest release When I Go I Ghost here

Wheels Off is brought to you by Osiris Media. Hosted and produced by Rhett Miller. Co-produced by Kirsten Cluthe in partnership with Nick Ruffini (Revoice Media). Editing by Matt Dwyer. Music by OLD 97’s. Episode artwork by Katherine Boils. Show logo by Tim Skirven.

This podcast is available on Apple Podcasts, Stitcher, Spotify, or wherever you get your podcasts. You can also ask Alexa to play it. Please leave us a rating or review on iTunes. Revisit previous episodes of Wheels Off with Rosanne Cash, Rob Thomas, Will Forte, Lydia Loveless, Allison Moorer, Ted Leo, Paul F. Tompkins, Jen Kirkman, and more. Find Rhett’s podcast #WheelsOff and other music-powered shows on @Osirispod