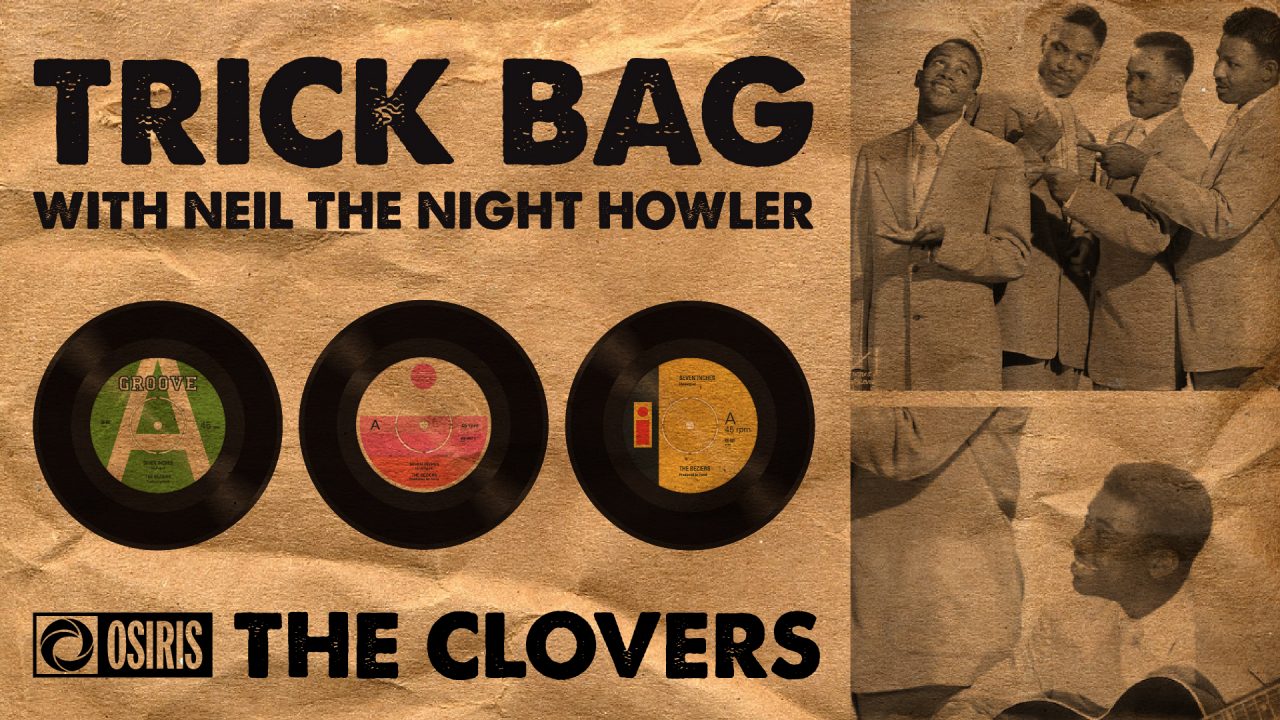 The Clovers were one of the top R&B vocal groups of the 1950s, scoring 21 R&B chart-toppers between 1951 and 1959. These include “Don’t You Know I Love You,” “One Mint Julep,” “Blue Velvet,” Ting-A-Ling,” “Devil or Angel” and “Love Potion No. 9.” On this installment of Trick Bag, we’ll hear a 2014 interview with Harold Winley, the group’s bass singer and last surviving original member. Harold is a great raconteur and tells the story of the Clovers as only he can. This two-part series will also feature Clovers hits and obscurities, including several rare live performances from the mid ’50s.

In Part 1, Harold will take us from his childhood and formative musical influences to his early success as the bass singer of one of the most revered vocal groups in history.

Songss Played in This Episode: