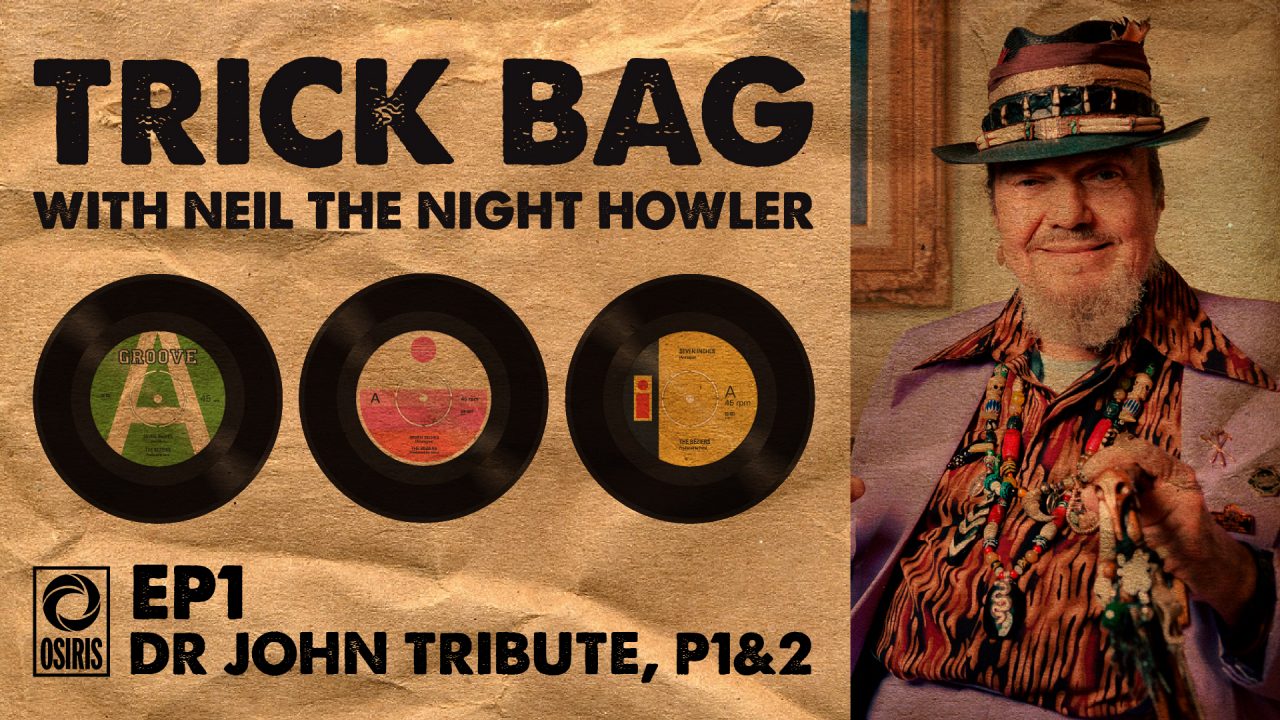 Osiris Media proudly presents Trick Bag, the place to be for classics and rare gems from the early days of rock ‘n’ roll. Trick Bag is hosted by disc jockey and R&B aficionado Neil Pellegrin and is inspired by his weekly radio show on WWOZ in New Orleans, where he spins vintage tracks (and the occasional hit) from the mid-20th century and celebrates some of the most electrifying and soulful sounds ever recorded.

This first episode comes in two parts and spans the early years of the legendary Mac Rebennack, better known by his stage name Dr. John. Before reinventing himself as Dr. John in the late ‘60s, Mac combined R&B, rock and other ingredients from his native New Orleans into a musical gumbo that excited music fans in and around the city and laid the foundation for his future as a major force in the music world.

In this episode, we’ll hear Mac’s prolific early work as a frontman, session player, songwriter, and producer, and see the breadth of his impact on the music of New Orleans in the late ‘50s and early ‘60s.

Tracks Featured in this Episode:

This episode of Trick Bag concludes our musical journey through the early work of Mac Rebennack, aka Dr. John.  Tracks Featured…

moe. guitarist Chuck Garvey shares “Tour Stories” from the band’s 30-year history in the latest installment of ‘The JamBase Podcast.’