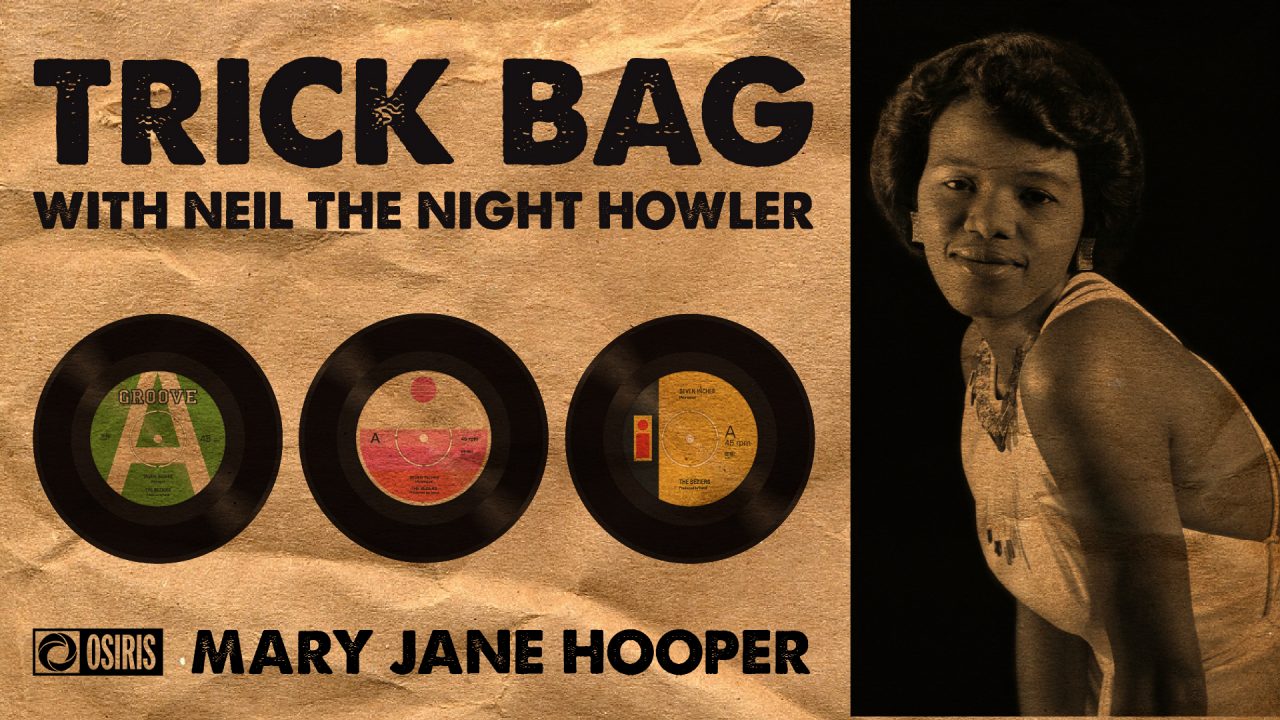 This installment of Trick Bag presents a special showcase of New Orleans soulstress Mary Jane Hooper. After releasing only a handful of singles between 1968 and 1970, this brilliantly talented vocalist (whose real name is Sena Fletcher) faded into obscurity. Her music has since garnered a dedicated following among R&B/soul collectors and much speculation has arisen about her recent whereabouts. A CD containing the material from her 45-RPMs and seven previously unreleased recordings — all cut for New Orleans crawfish king Al Scramuzza’s various record labels — hit the market in 1997, helping to quench the lust for rare gems in the hearts of soul music devotees worldwide. This episode features a very rare 2016 interview I conducted with Mary Jane, which originally aired on my radio program on WWOZ in New Orleans. Also featured here are samples of never-before-heard recordings from Sena’s personal collection! And, of course, we’ll hear her classic sides as well.

Bobby Hendricks of The Drifters

An Evening With Dan Penn (Part 1)