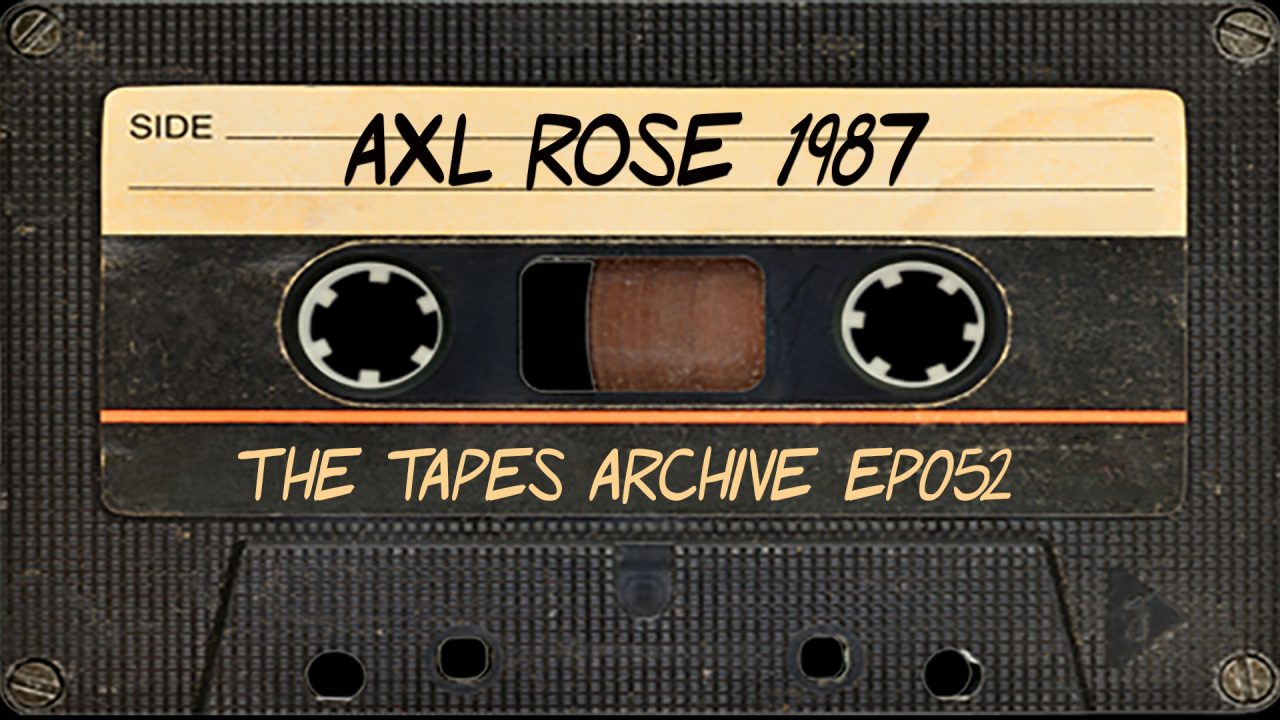 In this episode, we have Guns N’ Roses frontman Axl Rose. At the time of this interview in 1987, Rose was 25 years old and was promoting an upcoming tour of Japan. Appetite for Destruction hadn’t even cracked the top-selling 50 albums, and it would be at least another seven months before the band really took off. In the interview, Rose talks about growing up in Indiana, the making of Appetite for Destruction, whether he murdered a dog, and which band is the biggest sellout.

The interview is conducted by Steve Harris. To learn more about Steve, who is new to The Tapes Archive team, please check out our podcast-only interview with him which is out now.

In the interview, Rose talks about: