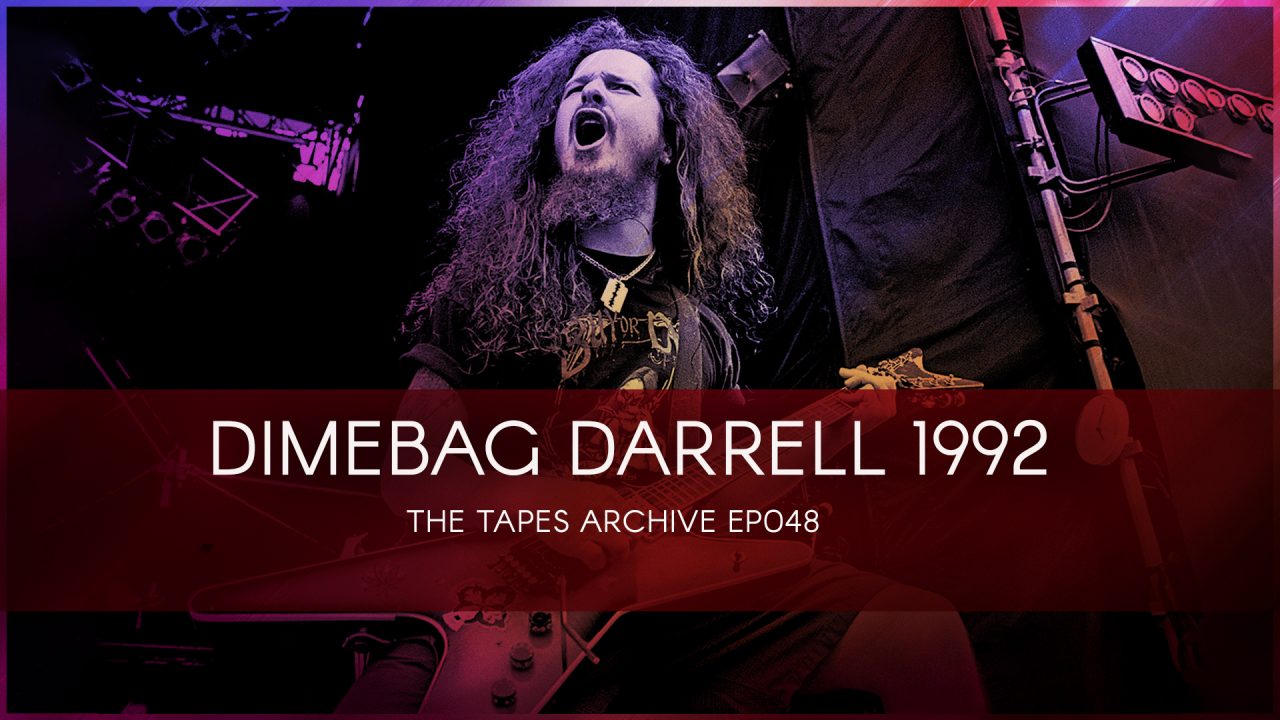 A never-before-published interview with Dimebag Darrell from 1992.

In this episode, we have metal guitar legend Darrell Abbott, also known as Dimebag Darrell. At the time of this interview in 1992, Dimebag was 25 years old and was out on tour in support of Pantera’s album “Vulgar Display of Power.” In the interview, Dimebag talks about his guitar trick that he wants everyone to learn; how Randy Rhoads, Eddie Van Halen, and Ace Frehley were his influences; how great his dad was; and how Pantera writes their music.

01:11 – Being banned from a local guitar competition as a teenager

03:20 – Whether being from Texas affects his playing

05:12 – Being influenced by Randy Rhoads and Ace Frehley

07:42 – Who taught him to play guitar and the first song he played

11:21 – The guitar trick he wants everyone to learn

15:43 – Whether he thinks he’s a good enough player for thrash music

This week’s episode also introduces a new interviewer to The Tapes Archive. The interview you are about to hear was conducted by Pete Prown. Pete is a veteran music journalist and has interviewed the world’s top guitarists for over 35 years. He’s currently Music Editor at Vintage Guitar magazine and editor of the “Legends of Rock Guitar” Facebook page. His work has appeared in Guitar Shop, Guitar for the Practicing Musician, and Guitar Player magazine, among other titles.