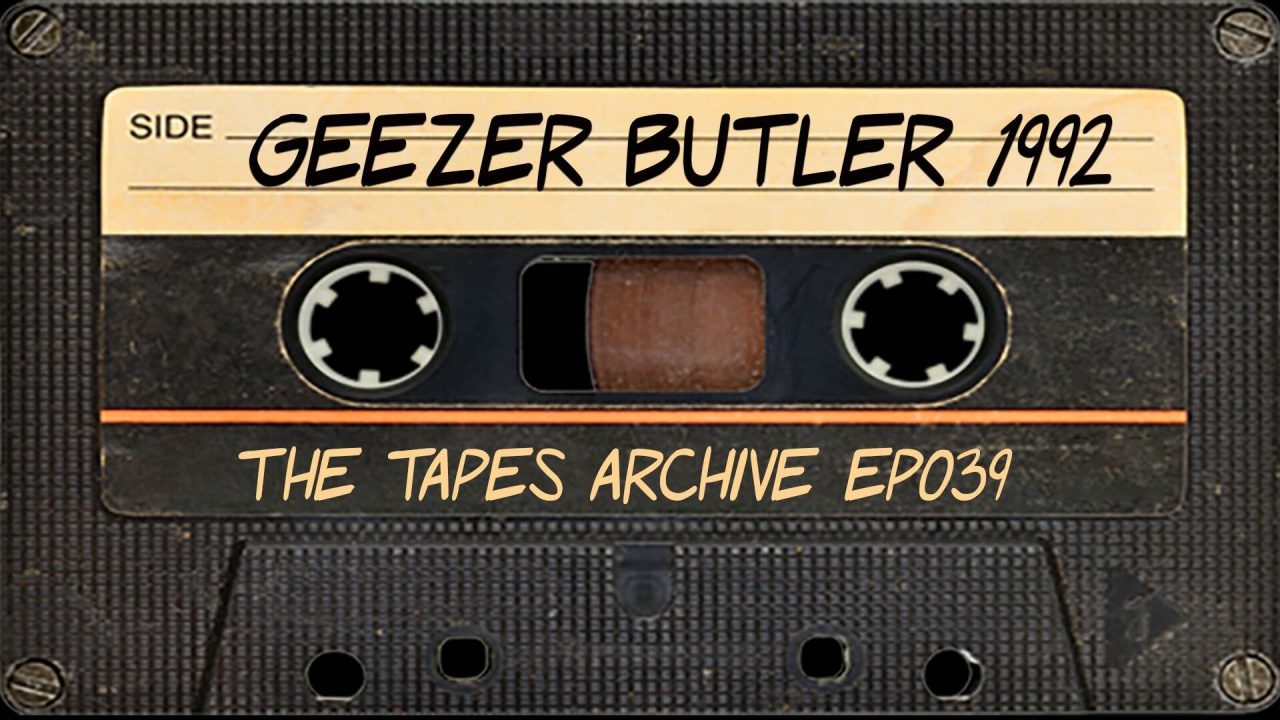 A never before published interview with Geezer Butler (Black Sabbath) from 1992.

In the interview, Butler talks about:

– What happened to his solo career

– Why he left the Ozzy band

– How he reconnected with Dio

– The difficulty in finding a vocalist

– The making of the Wayne’s World soundtrack

– The bleak outlook of the Dehumanizer album

– His thoughts on all the Black Sabbath’s critics

– Whether he thinks Sabbath was the first heavy metal band

– Whether it feels right to be in Sabbath at age 43

– What he thinks about Ozzy retiring.

In this episode, we have Black Sabbath bassist and lyricist Geezer Butler. At the time of this interview in 1992, Butler was 43 years old and was promoting Sabbath’s new album and an upcoming concert date in Indianapolis. In the interview, Butler talks about what happened to his solo career, why he left Ozzy’s band, what he thinks about music critics, and the Wayne’s World soundtrack.