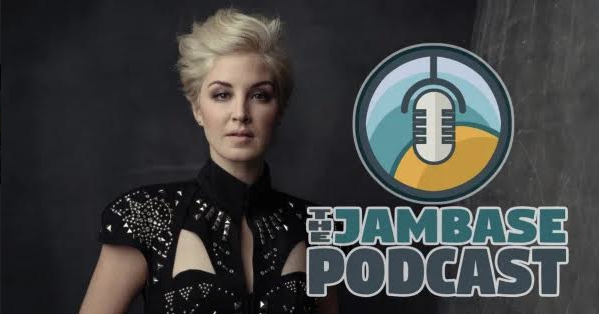 Episode 76 of The JamBase Podcast, a partner of the Osiris Media Network, features an interview with singer-songwriter and fellow Osiris podcaster Maggie Rose. JamBase’s Andy Kahn recently chatted with Rose from her home in Nashville about her newly launched podcast Salute The Songbird and more.

Rose detailed the genesis of starting the Salute The Songbird podcast, which had released four episodes at the time of the interview (a fifth was released this week). She explained the process of putting together the initial list of guests, which includes Ann Wilson of Heart and Joan Jett on yet-to-be-released episodes as well as Jennifer Hartswick, Martina McBride and others on ones that are currently streaming. The interview touched on the podcast’s focus on female songwriters and Rose talked about some of her experiences as a woman in the music industry.

Rose also discussed her upcoming new studio album that was recorded in Muscle Shoals, Alabama at the historic FAME Recording studio. Rose tracked the album, which she revealed is titled Have A Seat, with producer Ben Tanner of Alabama Shakes. The album features contributions from members her frequent collaborators Them Vibes and acclaimed session player — and member of The Swampers — David Hood.

The interview also covered the “Quarantine 45” singles Rose wrote, recorded and released last year as well as her recent performance at the Grand Ole Opry featuring the debut of her song “What Are We Fighting For,” and Rose’s upcoming Valentine’s Day concert in Nashville that will be livestreamed.

The episode is sponsored by our friends at Polartec, manufacturers of the fleece and fabrics that have been keeping Heads warm for over 30 years. JamBase teamed with Polartec for the Family Album Photo Contest. Send a picture of your good times outside, no matter the era, rockin’ that fleece. If we select your photo, you can win awesome prizes we know you’ll love. Enter the JamBase + Polartec Family Album Photo Contest here.

Stream Episode 76 of The JamBase Podcast below or through all major podcast services including Spotify, Apple Podcasts, Stitcher and Google Podcast: