JamBase’s Andy Kahn, from his home in Minneapolis, spoke to Taylor, from his home in Durham, North Carolina, yesterday over a video call. The pair discussed the two recently released Hiss Golden Messenger live albums, Forward, Children and School Daze, sales of which support the Durham Public Schools Foundation.

Taylor described his connection to the DPS Foundation and how his family of educators helped form his respect for public schools. He also talked about the process for selecting the shows and tracks that ended up on the live albums, taping Hiss shows, constructing setlists and making sure there were no repeats on the two live records.

Another interview topic was Taylor’s relationship with the Grateful Dead and their music — there are quotes of Dead songs on both of new live albums — and his appreciation for their songwriting. Kahn also talked to Taylor about his upcoming solo show at City Winery Nashville in November and the unlikely prospect of other shows happening this year. Taylor revealed a new Hiss studio album is in the works and shared insights into a cool new project that includes Widespread Panic bassist Dave Schools, among others.

The episode is sponsored by SYNLAWN, who is offering our listeners an exclusive prize – a portable, 5×7 roll of the best quality turf around. SYNLAWN, the largest manufacturer of artificial grass in North America, manufactures highly durable, environmentally friendly, USDA Bio-based Certified synthetic grass. Visit www.synlawn.com/jambase to enter to win 1 of 3 of SYNLAWN 5×7 pre-cut rolls.

Stream Episode 70 of The JamBase Podcast below or through all major podcast services including Spotify, Apple Podcasts, Stitcher and Google Podcast:

Episode 73 of ‘The JamBase Podcast’ features an interview with Jonathan Wilson who talks about his 2020 album ‘Dixie Blur,’… 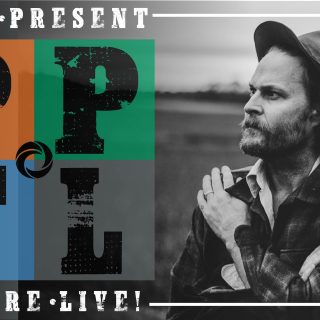 I wasn’t doing it to make money. Money would have been nice, but that was nowhere close to my priority…

Stream an interview with The Revivalists frontman David Shaw on Episode 71 of ‘The JamBase Podcast.’