This episode features a “Tour Stories” interview with bluegrass legend and “The Rundown” recapping recent events in the live music world. Episode 43 is co-hosted by JamBase’s Scott Bernstein and Chad Berndtson and sponsored by CBD Vermont and SiriusXM. Go to CBDVermont.com and use the code JAMBASE at checkout to get 15% off. Learn more about SiriusXM by visiting siriusxm.com/jambase.

Del McCoury spoke with JamBase’s Andy Kahn backstage at the High Sierra Music Festival moments after walking off stage following sets with and the . Del dips back into his year as a member of Bill Monroe’s band, telling stories of touring in the early 1960s with the Father Of Bluegrass. McCoury also tells Andy about his encounter with Jerry Garcia and how the Grateful Dead guitarist discussed seeing Monroe during Del’s time in the Bluegrass Boys. The interview touches on Del’s relationship with banjo player Don Reno and McCoury’s presence in the courtroom during the trial between Arthur “Guitar Boogie” Smith and the producers of the 1972 film Deliverance, which Smith initiated for their unauthorized use of “Feudin Banjos” in the movie.

The episode begins with “The Rundown” co-hosted by ScottyB and Chad. Up first is a recap of ‘s first concerts in 17 months, which took place on August 2 and 3 at the iconic Red Rocks Amphitheatre in Morrison, Colorado. JamBase contributor Billy Jack Sinkovic reviewed both Friday’s opener and Saturday’s finale. Next, Chad shares his experience catching a recent show that was part of the frontman’s recent solo tour. Word of disapppointing news from camp was followed by Berndtson detailing a collaboration he caught featuring upstarts and . Head to NYCTaper for a recording of the show.

Stream Episode 43 below or through the podcast provider of your choice and head here to take a survey and enter to win a free limited edition Osiris poster: 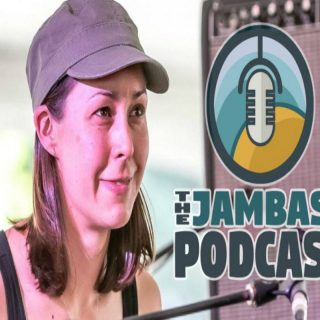