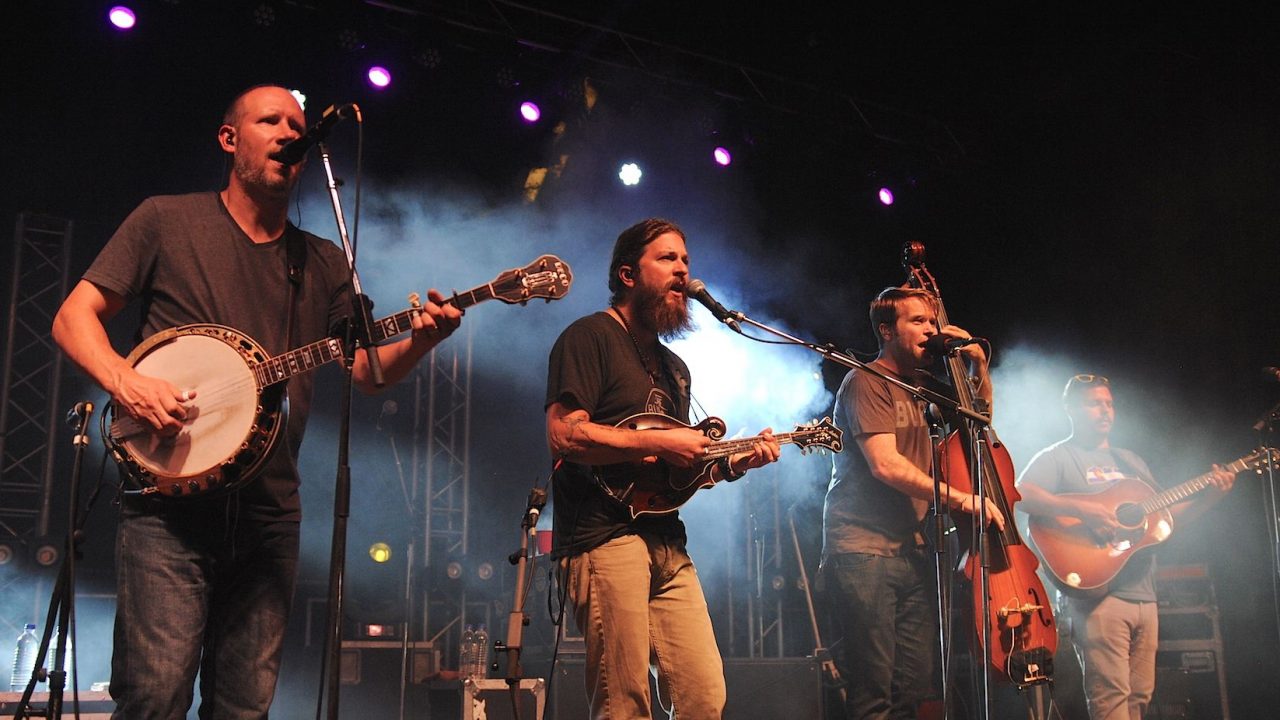 Episode 42 of The JamBase Podcast, part of the Osiris podcast network, features interviews with and of as well as . The episode is co-hosted by JamBase’s Scott Bernstein and Andy Kahn and sponsored by SiriusXM. Learn more about SiriusXM by visiting siriusxm.com/jambase.

Paul and Anders spoke with Andy backstage at the High Sierra Music Festival. The pair discussed “The Art Of The Setlist” and the band’s process for coming up with what will be played prior to taking the stage. While at times it’s more of a “battle of the setlist,” Hoffman, Beck and Greensky Bluegrass guitarist are the three members of the band who together work out what ultimately makes the setlist. The chat touches on how GSBG approaches holiday shows like Halloween and New Year’s Eve, as well as their own special “Casual Wednesday” fan-favorite performances. The interview ends with Paul and Anders talking about the influence of the late and their decision to honor him with a series of covers performed recently in tribute to the co-founding former member of Yonder Mountain String Band.

Freekbass sat down with Scotty at JamBase’s New York City offices. The acclaimed bassist dove into “The Art Of The Sit-In” both when it comes to hosting special guests and performing with other artists. After a discussion of Freekbass’ new Color Red album All The Way This. All The Way That., the bassist spoke about working with Color Red’s and his guest appearance with that was slated to take place the night the interview was recorded. Freekbass then recalled the circumstances surrounding his 2018 sit-in with in Knoxville, serving as an Artist-At-Large at Bear Creek Music Festivals in the early-2010s and forging a relationship with . Other topics discussed are Freekbass’ baseball fandom, learning Phish’s “Sand” for a performance with and a few sit-in stories involving .

Those interviews follow the opening “The Rundown” segment during which AK and ScottyB recap recent news from the world of music. Legendary New Orleans musician Art Neville, who died this week at the age of 81, is remembered with a look back at “Poppa Funk’s” legendary career as a co-founding member of The Meters and The Neville Brothers. The segment also features a rundown of the many tour dates announced since the last episode. , , and are just a few of the acts with newly scheduled shows. keyboardist also announced the first tour dates for his side-project since 2004. “The Rundown” wraps with a detailing of Vida Blue’s tour and upcoming new album, Crossing Lines.

Stream Episode 42 below or through the podcast provider of your choice and head here to take a survey and enter to win a free limited edition Osiris poster: