Thanks for joining. If you like what we do here at The Drop, please give us a review on Apple Podcasts or wherever you get your podcasts. Thank you….and on to the highlights.

Nick Perri on PPFL. For the latest episode, I talked with Nick Perri, a musician who hit it big at age 16 and ended up on tour with some of his heroes, like Van Halen and Motley Crue. We discussed that journey, how it ended quickly, and how the subsequent years of musical evolution and struggle led to his new release, Sun Via, which is out now (LP and merch info here). And as always, he performs 3 exclusive tracks for us.

Big Gigantic’s Dominic Valli on Eric Krasno Plus One. In this episode of Plus One Eric welcomes saxophonist and producer Dominic Lalli, the brains behind electronic group Big Gigantic. Big Gigantic has fused EDM with jazz in a way that has really broken through and has led them to play huge festival sets and more. Dominic and Eric talk about Big Gigantic’s new album Free Your Mind in February and Dominic’s first jazz record, A Blind Man’s Blue, which came out in July.

Chalkdust Torture on Under the Scales. In this new episode, Tom and I went deep into Chalkdust. We talked about the origins of the song, a similar song that emerged around the same time, some standout versions, and of course, a close look at the lyrics. These are a lot of fun for us, and we hope they are for you too. Become a reefer!

Atonal Phish with The Ravine. Wanted to give a shout out to our friend Brian Brinkman, who started this show that he describes as “explorations of atonal Phish.” I listened to episode 3 on a long run today and it was really cool. Very minimal talking, just excerpts of spacey, interesting jams. This episode has some segments from 93, 96, 97, 99, 03, 10 and 17. I suggest you check this out.

Kendell Marvel on Politics of Truth. This week Bob sits down with Kendell Marvel, a singer-songwriter who has written hits for Chris Stapleton and many others. They talk about music, politics, and a lot more.

The Drop is brought to you by Osiris Media. Hosted, Edited and Produced by RJ Bee. Produced by Nick Cejas. Show logo by Liz Bee Art & Design. 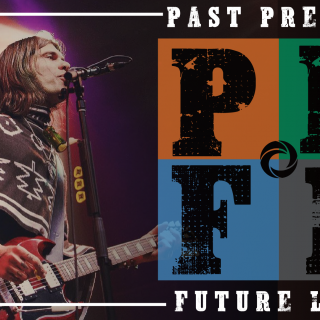 In this episode of Past, Present, Future, Live!, RJ sits down with Nick Perri, a musician who hit it big…

This episode features Jeremy Salken and Dominic Lalli….who ARE Big Gigantic… After a brief update from Rob and Seth, they…