#1—John Heilemann and Bob Crawford talk politics and music. This podcast is just getting going, and it’s really cool so far. On the second episode of the podcast, Bob speaks with John Heilemann, the best-selling author of Game Change, co-host of Showtime’s The Circus, MSNBC contributor, and former staff writer for Wired and New York Magazine. Bob and John discuss where the Democratic primary race stands with Iowa and New Hampshire in the books, and assess the state of the top contenders’ campaigns as the race moves to Nevada and prepares for Michael Bloomberg’s entry.

#2—Trey is everywhere! In addition to being able to see Trey play with Oysterhead last week in Denver, sitting in with Dave Matthews and Tim Reynolds at this resort and streaming the Mexico shows if you didn’t make it down here, you can also see TAB this Spring, including one show with Jason Isbell and the 400 Unit. So, here’s the question I have—does Trey ever sleep? Want dates for TAB, Oysterhead and more? Check out JamBase.

#3—John Kadlecik on Inside Out with Turner and Seth. Covered by our friends at JamBase, John Kadlecik appeared on Inside Out With Turner and Seth podcast. Hosts Seth and Rob talk with John about his time with Dark Star Orchestra and Furthur, attending Phish’s Clifford Ball as well as improvisation and songwriting. He also talks about his belief that “ancient intelligence” drives improvisation. As with every Osiris podcast, you can stream this episode on JamBase’s website.

#4—Last episode of Freak Flag Flying released. We’ve heard a lot about Crosby this week, including a Rolling Stone article talking about his upcoming appearance at Kent State for the 50th anniversary of the shootings that happened there in 1970. On the last episode of Freak Flag Flying, Tom Marshall talks with host Steve Silberman about his path from diehard music fan to bestselling author, the influence of the Beat poets on both David Crosby’s generation of musicians and on Steve personally, and a whole lot more. As usual, we play some very rare music that you can only hear on this podcast.

The Drop is brought to you by Osiris Media, hosted, produced and… For information regarding your data privacy, visit acast.com/privacy 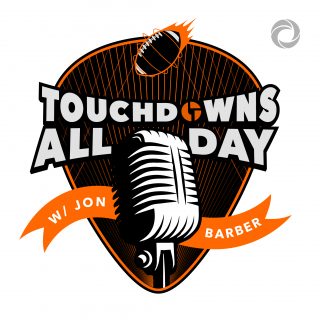 And, We’re back, baby! It’s E033 of The “Touchdowns All Day w/ Jon Barber podcast and we’re going long. Taking… 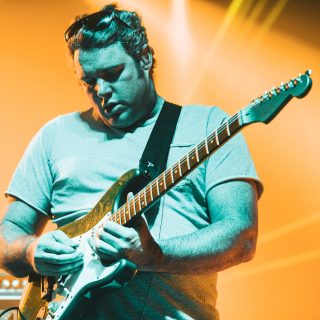 That’s right ladies and gentlemen. We’re back. We are back. Shining love and light through the darkness. It’s E032 of The…

That’s right ladies and gentlemen. We’re back. We are back. Shining love and light through the darkness. It’s E032 of The…

Talking about all things Tractorbeam on this, E023 of “Touchdowns All Day w/ Jon Barber.” Real life Tractorbeam Coaches, Derek…