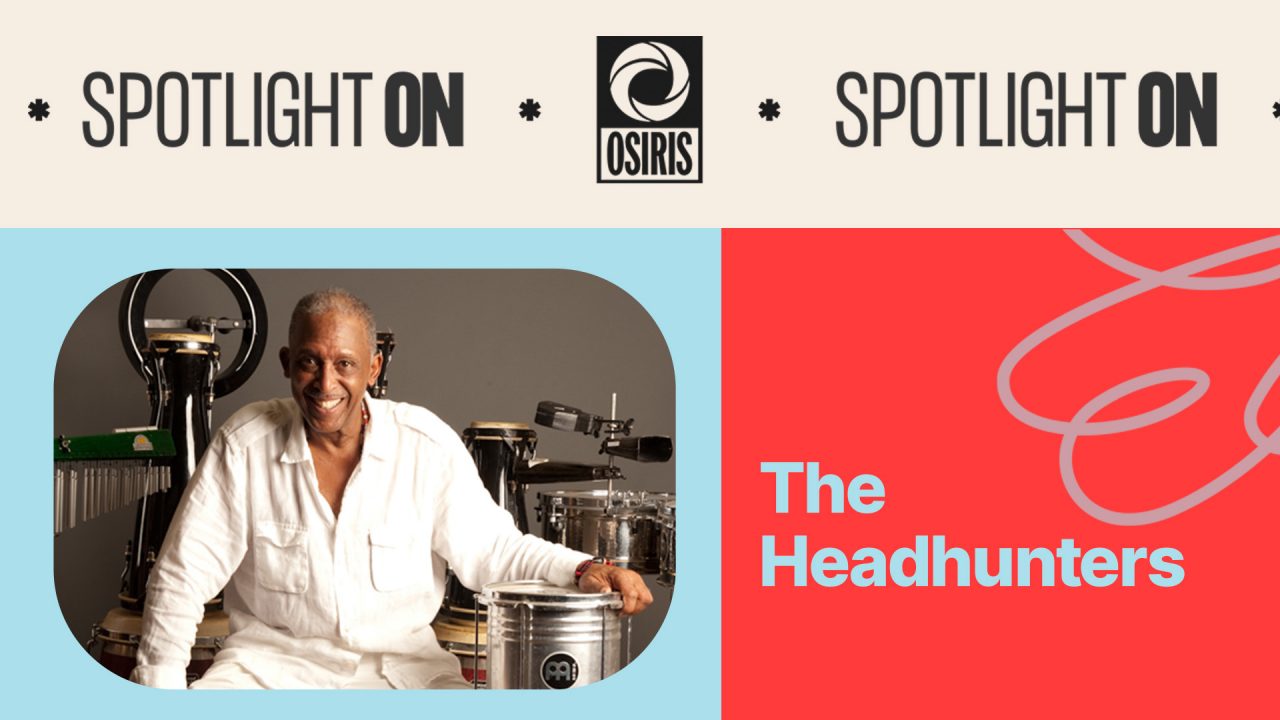 Back in the early 70s, drummer Mike Clark and bassist Paul Jackson were best friends living in East Oakland, playing flatbed gigs at Black Panther rallies, and generally raising hell. Cooking was not their forte, so the barbecue joint next door became a hangout. Mrs. Jones (of Everett and Jones) asked them to write a song to promote the spot, and they came up with the first version of  ‘God Made Me Funky.’ Bill Summers worked with Jackson at the local record store, and he jumped at an opportunity to open a show for Herbie Hancock in the Bay Area. He got the call to audition for Herbie’s band, joining Herbie for the album “Headhunters“ and many more.

Hancock took a new turn in the 70s, handpicking a new band and sound that would ‘take some more of the earth and feel a little more tethered.’ The result was the first platinum-selling Jazz album in history. The lineup on that first album: Bennie Maupin, Paul Jackson, Harvey Mason, and Bill Summers. Mike Clark replaced Mason afterward, and the lineup continued on several key Herbie Hancock releases such as “Thrust” and “Flood.”

Mike Clark and Bill Summers are two of a kind – they share a love for music that never dies. The pair kept The Headhunters alive, releasing two albums “Survival of the Fittest” in 1975 and “Straight From The Gate” in 1977, with Herbie as a featured guest. The chemistry between them is undeniable: They have persevered for over 40 years through industry setbacks, the death of band members, and more, to stay true to their mission with the same energy and zeal that the music demands.

“We’re not in a gym, this isn’t a competition… this is art. What Bill and I and The Headhunters do is experience the moment and explore. After the count, we’re in that moment, and there is no other. This is an act of passion, of love for humanity, and for our planet.” -Mike Clark

“We live this every day. We have some secrets to give to the youth of the world. We’re not musicians, we are physicians – we heal people.” – Bill Summers

11 years after their last release, The Headhunters are set to release “Speakers In The House,” a new full-length album featuring Summers, Clark, NEA Jazz master Donald Harrison, Stephen Gordon, bassist Reggie Washington, and organist Jerry Z. The album also features Scott Roberts and Fode Sissoko on kora. The Headhunters spirit is alive and well on the album, which fuses the band’s African and New Orleans influences with their ever-present technical jazz-funk, rooted in music history and growing in the present moment.

‘We’ve always made a statement as The Headhunters, and I’m looking at our longevity. Every time we’ve dropped notes on the wax, it has value and can influence people and change lives.” – Bill Summers