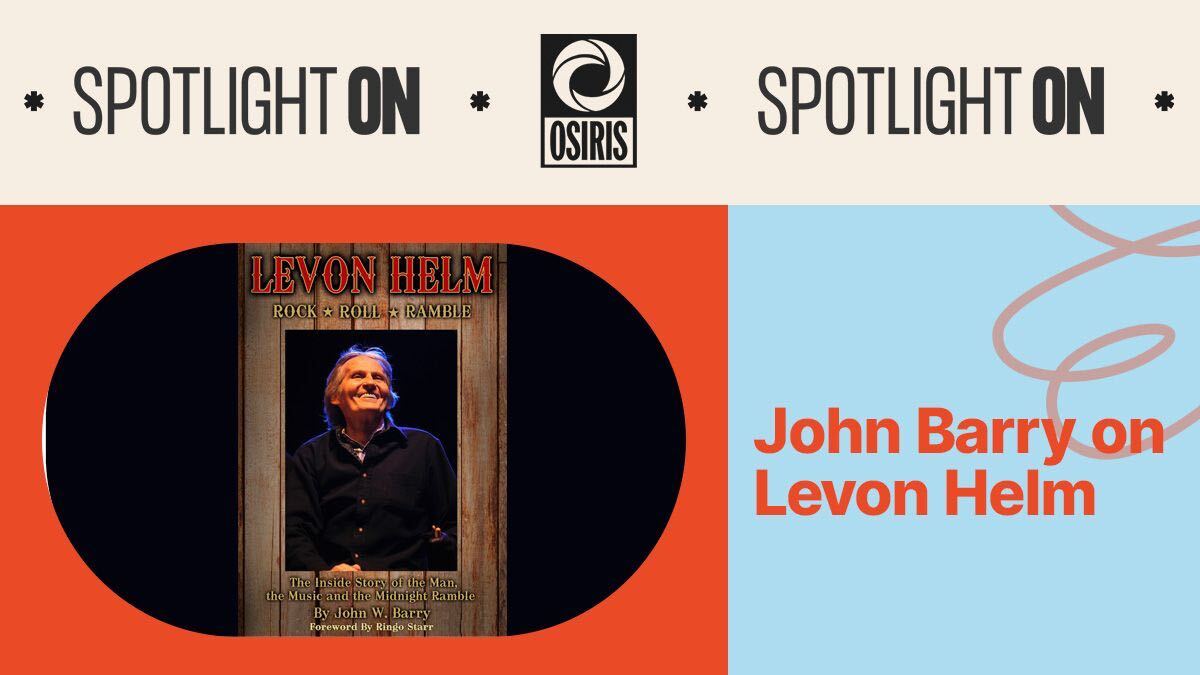 Writer John Barry joins us on the podcast to talk his new book, “Levon Helm: Rock, Roll & Ramble—The Inside Story of the Man, the Music and the Midnight Ramble.”

Ringo wrote the foreword, and Roger Waters, Graham Nash and Warren Haynes are among those interviewed. Larry Campbell, who served as Levon Helm Band Musical Director and produced or co-produced Levon’s three Grammy-winning solo albums, which were inspired by the Rambles, had this to say about the book:

“John Barry was the perfect ‘fly on the wall’ during this great last chapter and final curtain call in Levon Helm’s life. He was the quintessential observer from the early days of the Midnight Ramble to the end and has brilliantly captured the details and the spirit of that wonderful time

Born in the Bronx, raised in the New York City suburbs of Rockland County and living in New York State’s Hudson Valley since 1990, John W. Barry is an award-winning journalist with a passion for writing and a love of music.

This combination has brought John to some pretty incredible places and put him in the company of some incredible people. From Radio City Music Hall in Manhattan to Red Rocks Amphitheater in Colorado and many places in between, John’s relentless pursuit of the stories, the people and the circumstances that define the world around us has enabled him to assemble the puzzle pieces of a compelling tale or two over the course of his lifetime.

John is a very proud graduate of Clarkstown South High School and the State University of New York at New Paltz, where he earned a journalism degree. The latter is what brought John to Ulster County, New York, and set him on his path to Woodstock, Levon Helm Studios and the Midnight Ramble. As a journalist for the USA Today Network’s Poughkeepsie Journal in Dutchess County, New York, John found himself in the center of Levon’s Midnight Ramble house concerts, getting to know Levon, his band, his crew, his management team, Team Levon and, of course, his fans.

Prior to serving as the music writer for the Poughkeepsie Journal, John wrote for his hometown newspaper, The Journal News, as a police reporter, covering municipal beats and writing extensively about local angles to the Northern Ireland peace process. John has also freelanced for RollingStone.com and since leaving the USA Today Network at the end of 2020, has been working as a freelance writer and blogger, and editorial consultant.

In the wake of the publication of this book, John is already working on his next project and continuing to do what he enjoys most, hiking and camping in the Hudson Valley’s stunning terrain, cooling off in its swimming holes and breathing in deeply its crisp night air.

Purchase a copy of the Levon book here.