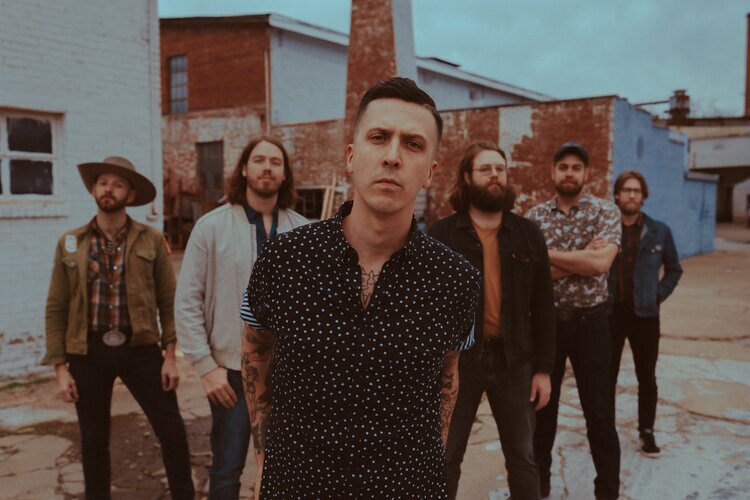 With songwriting, and writing in general, things do not always happen in a straight line; they are not always created from start to finish. Pieces and parts can emerge seemingly at random. Ideas about the ending may come first, or maybe even every concept and point to be made can come to the writer at the onset. There are plenty of times that I have finished writing the script for a Southern Songs and Stories podcast, have recorded it and tweaked all the audio, only to struggle with a title for the episode. And then, I might change it several times before coming to a final decision. Musicians have struggled with album titles, too. Aren’t you glad that David Bowie changed his mind on what could have been called Shilling The Rubes, and instead titled his 1975 album Young Americans? Or that Talking Heads steered away from Melody Attack and went with Remain In Light?

But this can work the other way around: some works flow from and present themselves only after the artist comes to their name. This is the case for BJ Barham and his band American Aquarium’s 8th studio album. Two years ago, Barham wrote down the word “lamentations”, and he knew that it would be his next album title before he created a single song for it. In hindsight, that word came to BJ Barham almost like a prophecy of Old Testament proportions: who could have known in 2018 just how bad things could get in two years’ time? And who could speak to the trials we would be going through, and the collective conversations we would be having so presciently in music that began with just one word?

This is the first of a two episode series on BJ Barham of American Aquarium, with in depth conversation with BJ Barham as well as guests Ronda Chollock, a music promoter from Charlottesville, Virginia, and music artist Tyler Boone, who grew up in Charleston, South Carolina, but now calls Hollywood home. We get into topics like how Barham articulates the dark history of the South so that people will start having conversations about racial and class divides, however uncomfortable those conversations might be. We touch on how bittersweet it must be to have a hit record with no way to play it in person to fans, about how metal and Southern rock have more in common than you might have thought, and working with yet another Grammy-winning producer, Shooter Jennings.

“A Better South” from Lamentations (excerpt)

“The Luckier You Get” from Lamentations (excerpt)

I hope you enjoy this podcast, and that you will subscribe to this series on your podcast platform of choice, and give it a good rating and a review. Great ratings, and reviews especially, will make Southern Songs and Stories and the artists it profiles more visible to more people just like you. Southern Songs and Stories is produced in partnership with public radio station WNCW and Osiris Media, and you can find us on Apple/iTunes here, on Pandora here, and Spotify here. Our theme songs are by Joshua Meng, with a link to his music here. Thanks for listening! – Joe Kendrick

BJ Barham and American Aquarium: It All Ends With Revealing Our History

In the first episode of this series, you got to hear about how BJ Barham turns uncomfortable conversations about the…

Today we have a bunch of podcast recommendations for the weekend. Festival Circuit: New Orleans Episode 2. In this episode, we…

Simple Truths And Charm With A Punch: Paul Thorn

Conversation with Tupelo, MS native Paul Thorn, including live music from his March 2020 appearance in Shelby, NC. Commentary and…

Pass The Biscuits, Please: Thanksgiving History And Food From The Pilgrims To Today

Celebrating the holiday with some of the fascinating history of the events surrounding its beginnings and how it evolved, with…