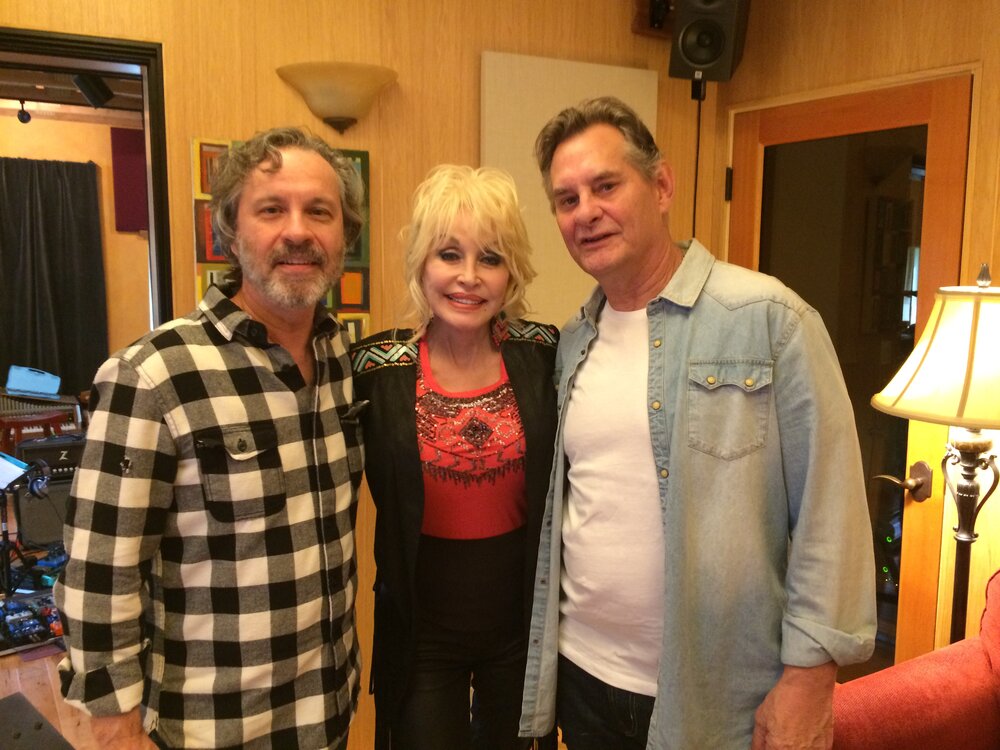 (L to R): Mark Leggett, Dolly Parton and Velton Ray Bunch in studio for the making of the soundtrack to Dolly Parton’s Heartstrings

In this episode we dive into the world of film soundtracks and the story of Dolly Parton with an interview of two of Dolly’s long time collaborators, Mark Leggett and Velton Ray Bunch. We’ll also feature some of their work from Dolly’s latest project, the series Dolly Parton’s Heartstrings, along with a new guitar piece from Mark, plus you’ll hear from western North Carolina artist Amanda Anne Platt along the way.

Do You Know Your Own Gravity? Traveling To The Imaginary Worlds Of Los Coast