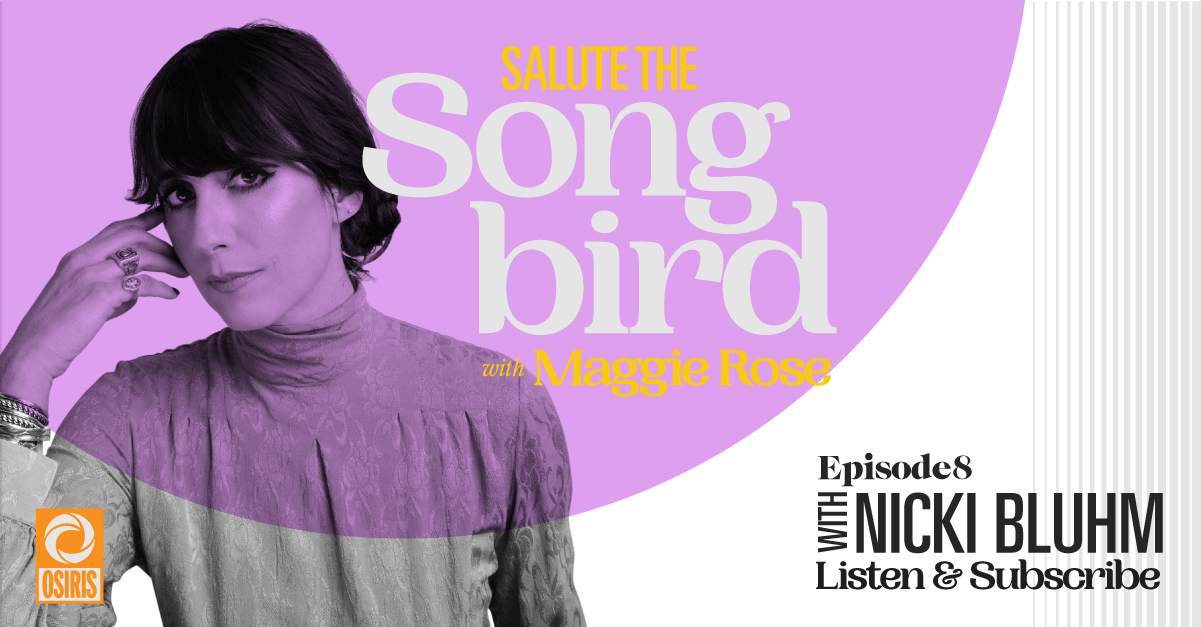 Singer-songwriter Nicki Bluhm joins Maggie from her home in Nashville to talk about leaving California and the intense personal changes that influenced the music on her latest record, To Rise You Gotta Fall.

Nicki talks about making the shift from being a teacher into a full time musician, why she decided to release a visual album of Cher songs, and the tools she uses to maintain her health and wellness in the volatile music industry. California native Nicki Bluhm currently resides in Nashville, TN re-invigorated as a songwriter and performer. Embarking on her second decade of releasing albums, Nicki stepped out on her own with the 2018 release of ‘To Rise You Gotta Fall’, a collection of songs exploring old endings and new beginnings. After a year of virtual performing, Nicki is excited to return to the road playing live shows as a solo artist, with her Nashville band and with a variety of musicians and longtime friends in new and creative iterations. At the end of the episode, you’ll hear the title track from Nicki’s album, “To Rise You Gotta Fall”.