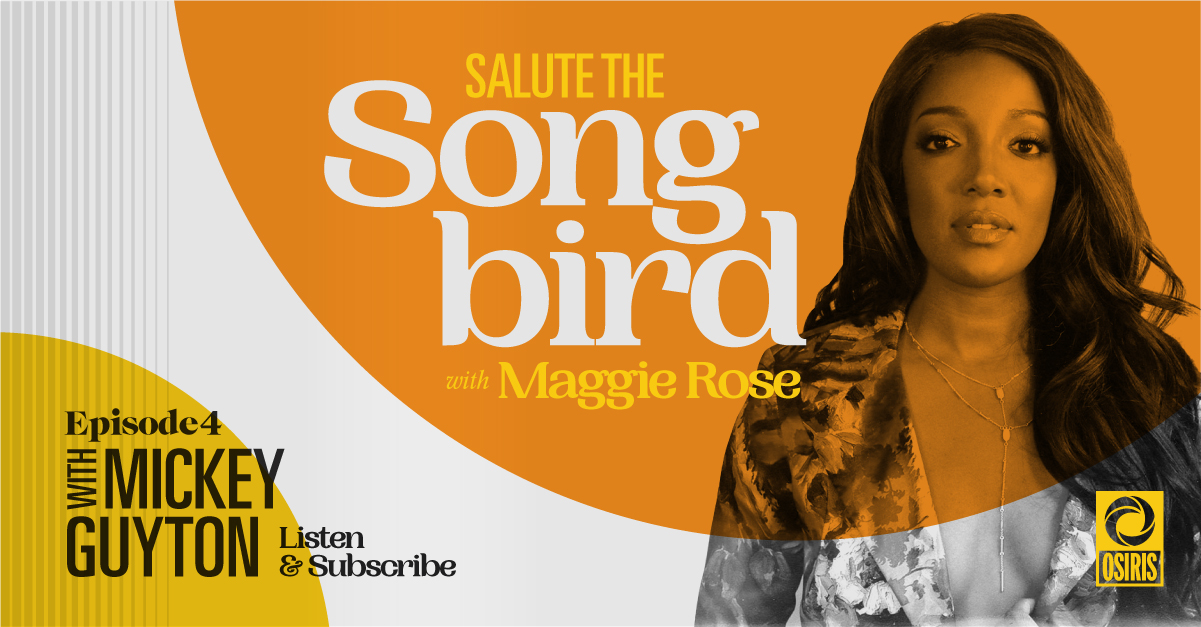 In this episode, Maggie welcomes Grammy-nominated singer-songwriter Mickey Guyton. The two discuss how she got her start and the epiphany moment she had watching LeAnn Rimes perform the National Anthem that led her on the path to country music. Mickey discusses growing up in an era when women reigned supreme on country radio, the pivotal moment that changed the course of her career, and why she’s determined to create opportunities for others in the music community.

Mickey Guyton was born in Arlington, Texas and moved around the Lone Star state as a child due to her father’s job but found music to be a constant in her nomadic life. She began singing in church and was drawn to a variety of artists with big voices including Dolly Parton, Cece Winans, Whitney Houston and LeAnn Rimes. Mickey has been spotlighted in People magazine’s American Voices feature, Billboard magazine as one of Country music’s “female game changers,” and Entertainment Weekly as one of the “new queens of country music.” She is nominated for Best Country Solo Performance for the song “Black Like Me”.

At the end of the episode, you’ll hear the song “Bridges” from her recently released EP of the same name.