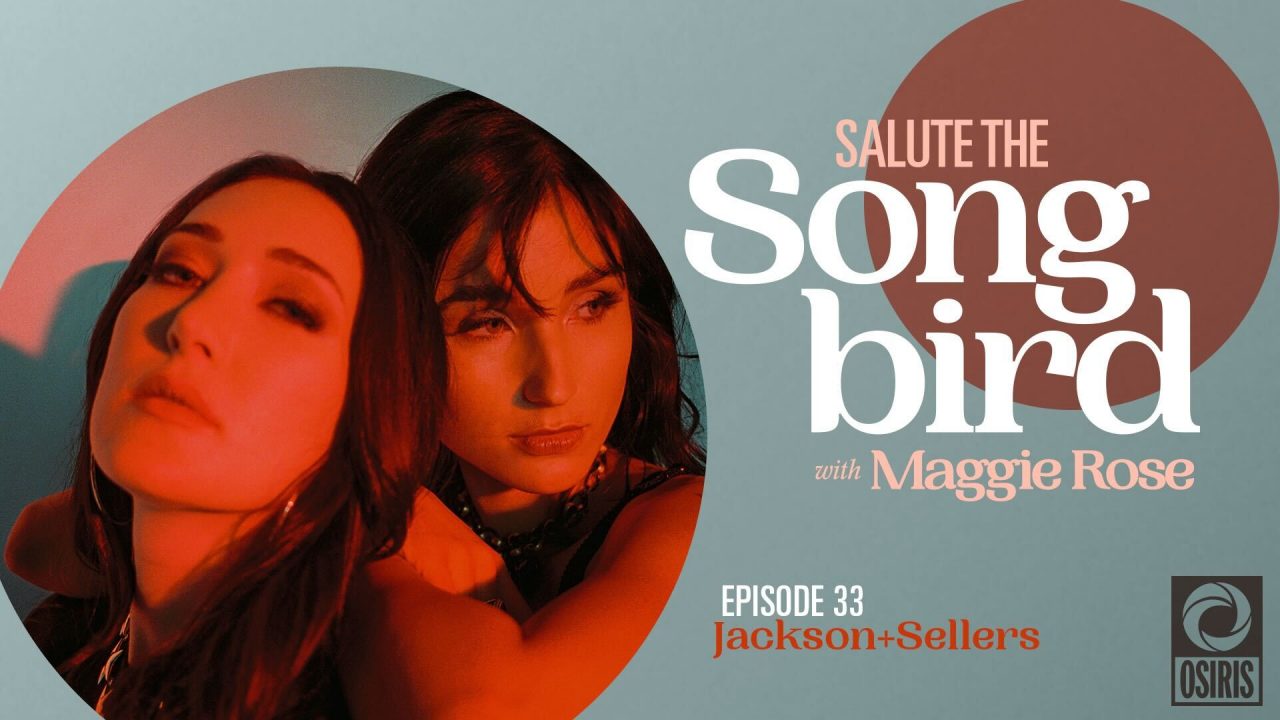 Jade Jackson and Aubrie Sellers make up the duo Jackson+Sellers, and they are Maggie’s guests on this episode. Jade and Aubrie share stories about the making of their debut album, Breaking Point, and how they found their unexpected musical kinship after back-to-back sets at Americanafest. The duo discusses balancing their creative work with the pressures of the industry, recognizing when to step away from chaos, and the importance of having your voice heard.

Jackson+Sellers first crossed paths through back-to-back gigs at Americanafest in Nashville in 2019, a fleeting moment that eventually led to a deep friendship and a true recognition of kindred spirits. During the pandemic, they aligned for an inspiring creative partnership that has yielded one of the most compelling collaborative albums of the last decade. Breaking Point, their exceptional debut on ANTI- Records, establishes Jackson+Sellers as women who share an intuitive musical kinship and a rare ability to craft tight singular pop-rock tracks without losing sight of their songwriting selves. By shedding the identities pre-assigned to them by the music industry, Jackson+Sellers have fashioned an album reflective of their expansive musical interests, from ‘70s rock to indie pop to West Coast country.

Salute the Songbird is brought to you by Osiris Media. Hosted by Maggie Rose. Produced by Austin Marshall, Maggie Rose, and Kirsten Cluthe with production assistance from Grace Roemer and Kip Baggett. Edited by Justin Thomas of Revoice Media. Music by Maggie Rose. Graphics by Mark Dowd.