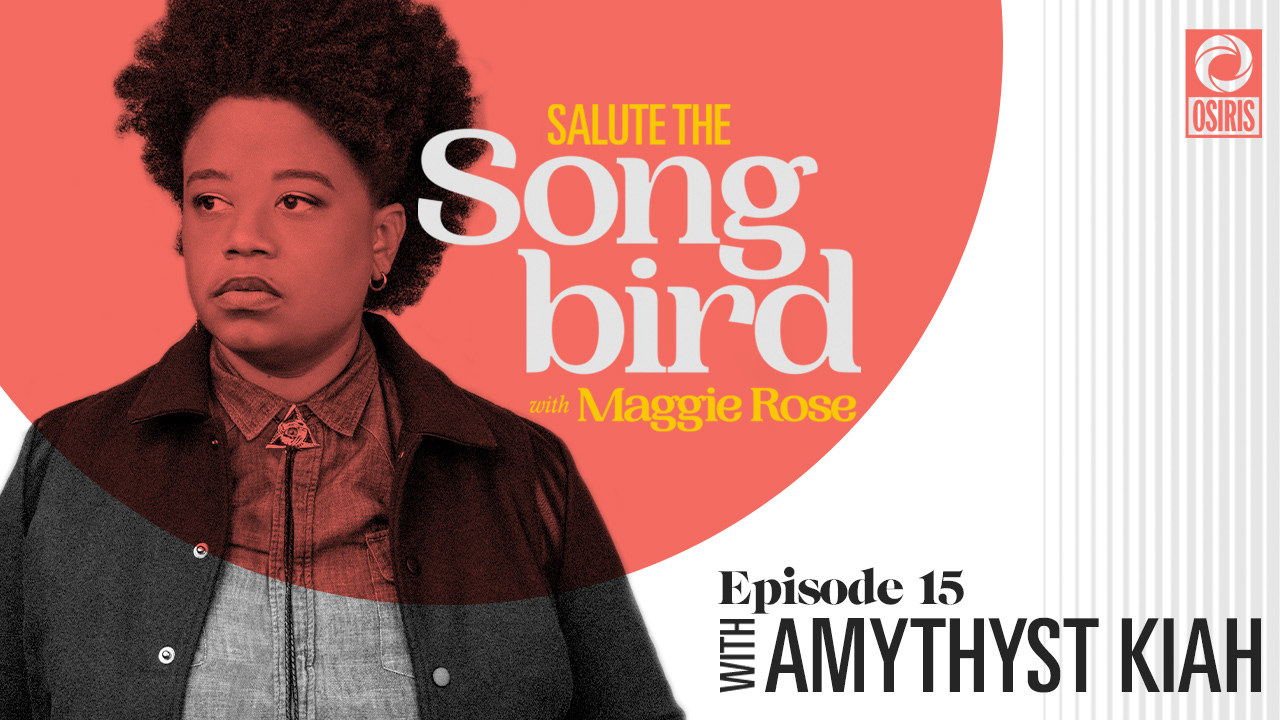 In this episode, Maggie is joined by singer/songwriter Amythyst Kiah to talk about her new album and the experiences that led to her success. Amythyst shares stories from growing up in Tennessee, how support and encouragement from her parents helped her overcome issues with identity and anxiety, and the impact that music and writing has had on her personal journey.

Amythyst Kiah’s Rounder Records debut, Wary + Strange, marks the glorious combination of two vastly different worlds: the iconoclastic alt-rock that first sparked her musical passion and the roots/old-time music scene where she’s found breakout success in recent years, including recognition from Rolling Stone as “one of Americana’s great up-and-coming secrets.” With an unforgettable voice that’s both unfettered and exquisitely controlled, the Tennessee-bred singer/songwriter expands on the uncompromising artistry she most recently revealed as part of Our Native Daughters—an all-women-of-color supergroup whose Kiah-penned standout “Black Myself” earned a Grammy Award nomination for Best American Roots Song and won Song of the Year at the 2019 Folk Alliance International Awards.

Salute the Songbird is brought to you by Osiris Media. Hosted by Maggie Rose. Produced by Austin Marshall, Maggie Rose, Kirsten Cluthe and Brad Stratton with assistance from Revoice Media. Music by Maggie Rose. Show logo by Premier Music Group.