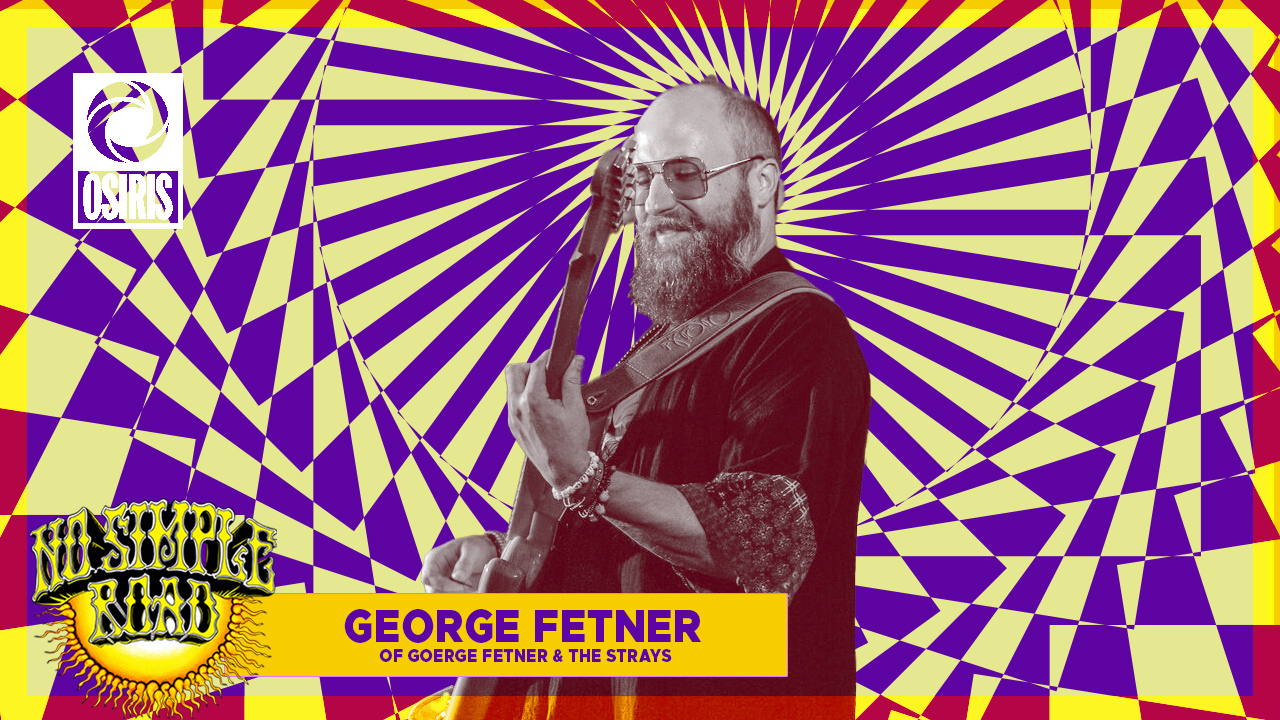 We’re super excited this week to have George Fetner of George Fetner & The Strays’ as our guest on No Simple Road. “There’s a lot you could say about the varied pursuits of guitarist/bandleader/

composer George Fetner. But the most pressing takeaway here is that he and his merry band of pranksters in the Strays can burn down a stage with glee – less of a jam band than an omnivorous, chops-heavy rock outfit whose eclecticism is presented with uncommon acuity. Expect a blaze of a set from a group that knows just when to sprawl out and, conversely, when to make a sharp left turn” – Free Times, 10/2019

We catch up with George and talk about making a return to the stage after the hiatus of the last couple of years, how the feeling of playing live has changed and how that spills over into the day-to-day, why it is important to remind ourselves of the communal aspect of music, and much more!

For GFATS (George Fetner & The Strays) news, tour info, videos, and more head over to: www.gfats.com

SONG AT THE BEGINNING OF THE INTERVIEW: ‘Viola Lee Blues’ off the album ‘Merry Run Around’

SONG AT THE END OF THE INTERVIEW: ‘Scarlet Begonias’ off the al

Make sure to hang out after the interview with George to catch up with the No Simple Road crew!

Shawn Swain of The Kitchen Dwellers – Making It Count

Jordan Fletcher – Rising To The Occasion