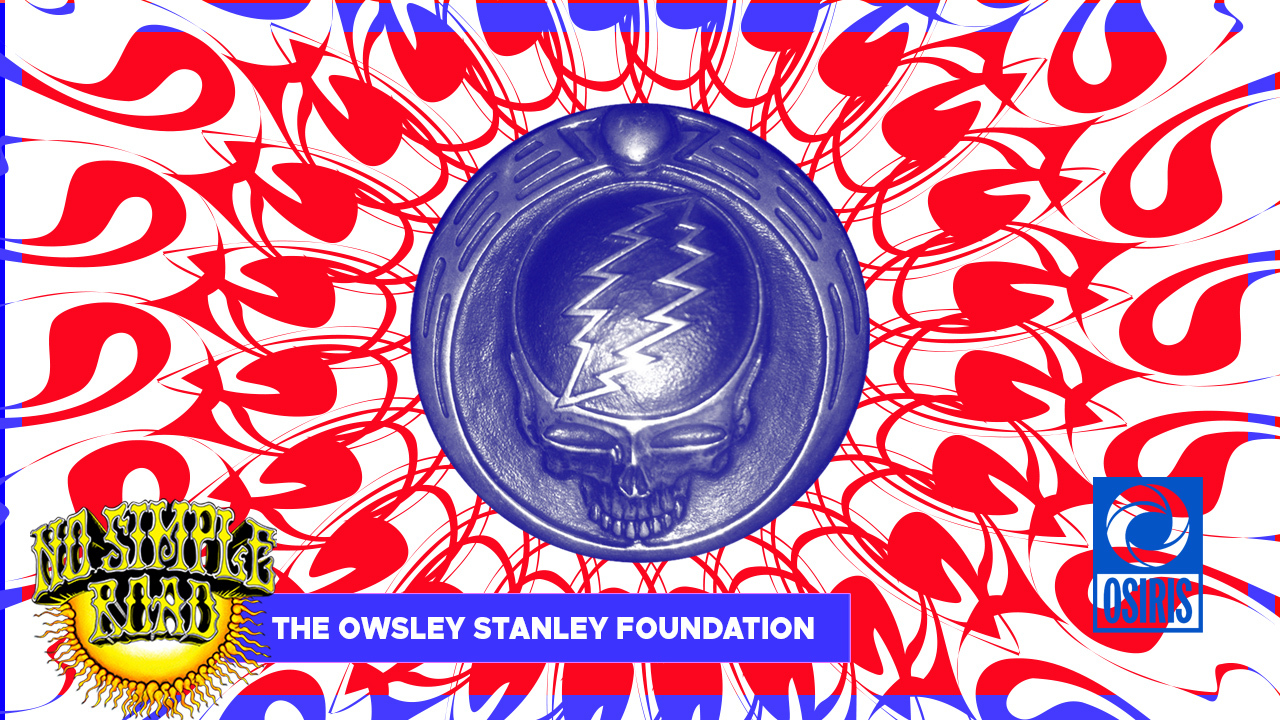 We’re honored this week to have Starfinder Stanley and Hawk from Owsley Stanley Foundation as our guests this week. While perhaps most widely known as the “Acid King” for his early role manufacturing the highest quality LSD to help fuel the psychedelic revolution of the 1960s, Owsley was a self-educated innovator, scientist, artist, and patron of the arts with wide-ranging interests. As such, he had a profound and well-documented influence on other artists, musicians, and sound engineers, among others. Owsley essentially recorded every artist that ever played through a sound system that he built.

His catalog is prolific – both in the quantity of recordings and the stature of the artists. These historic recordings comprise what he called “Bear’s Sonic Journals.”

The Owsley Stanley Foundation is a 501c(3) non-profit organization dedicated to the preservation of “Bear’s Sonic Journals,” Owsley’s archive of more than 1,300 live concert soundboard recordings from the 1960s, 1970s, and 1980s, including recordings by Miles Davis, Johnny Cash, The Grateful Dead, Jefferson Airplane, Fleetwood Mac, Janis Joplin, and more than 80 other artists across nearly every musical idiom. These analog reel-to-reel recordings are nearing the end of their expected shelf lives and will deteriorate and be lost forever if they are not preserved.

We catch up with Stafinder and Hawk to talk about the latest release of Bear’s Sonic Journals, “Johnny Cash At The Carousel Ballroom April 24th, 1968”. This iconic sonic treasure has a story all its own and the guys from the OSF take us through how this journal came to find itself being released, they share some super interesting descriptions of how Bear did his thing, share with us some of what goes into creating the entire package for a ‘Sonic Journal’, give their thoughts on why they believe Johnny Cash is an icon of American Music, and much, much, more!

Make sure to head over to: www.owsleystanleyfoundation.org to sponsor a future reel, get yourself the sonic journals, and find out all that’s going with the Owsley Stanley Foundation!

Also, stay tuned after the interview to catch up with the No Simple Road crew!

No Simple Road is part of OSIRIS MEDIA. Osiris is creating a community that connects people like you with podcasts and live experiences about artists and topics you love. To stay up to date on what we’re up to, visit our site and sign up for our newsletter. Osiris works in partnership with JamBase, which connects music fans with the music they…

The Real Meaning Of No Simple Road – Nathaniel B.

The Owsley Stanley Foundation – The Foxhunt