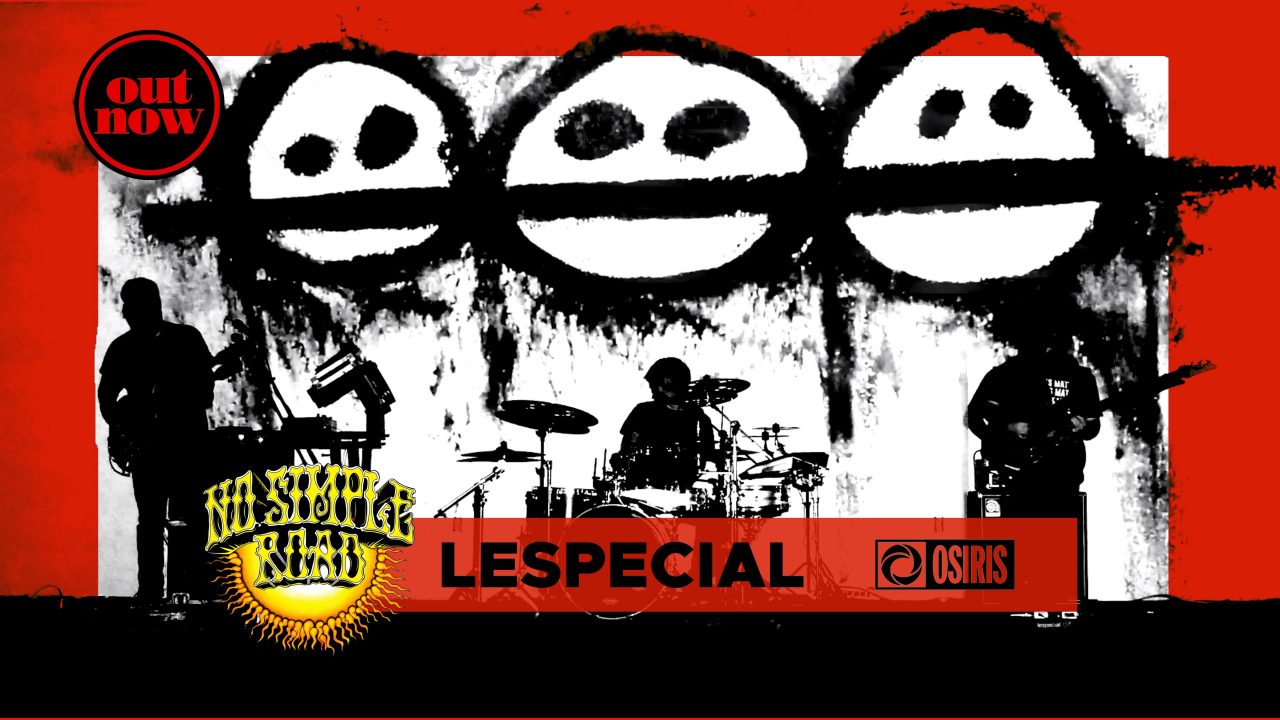 No Simple Road is super stoked this week to bring you Lespecial! Lespecial carves their own sonic path in modern music, creating their signature blend of “heavy future groove”. The power of the trio’s fresh synthesis of varied and divergent influences doesn’t underestimate the listener, reflecting a post-modern cultural climate in which fans have the space on their aural palette for J Dilla, Radiohead, King Crimson and Fela Kuti. Veering from Hip-Hop to Metal, Prog to House, pensive Indie-Rock to apocalyptic Dub, leaving room for head banging and hip swaying alike, while still representing a unified sound and vision!

We talk with Luke, Rory, and Johnny about everything from the new album ‘Ancient Homies’, bands that have influenced their sound, diversity of interests, Horror movies, and our first concerts, to the news of their livestream this Friday 3/12 where they will be recreating Primus’ ‘Frizzle Fry’! This is a blast of a conversation!

SONG AT THE BEGINNING OF THE EPISODE IS: ‘The Vessel’ from the album Ancient Homies.

SONG AT THE END OF THE EPISODE IS: ‘Snell’s Fleet’ from the album Ancient Homies.

For more on Lespecial including merch and news head over to: lespecial.net

Become a Patron of No Simple Road On Patreon.com

ESCAPER and CIRCLES AROUND THE SUN

Comedian Phil Hanley – Some Come To Laugh Their Past Away

Nick Millevoi of Grassy Sound – The Vibe Of Vintage