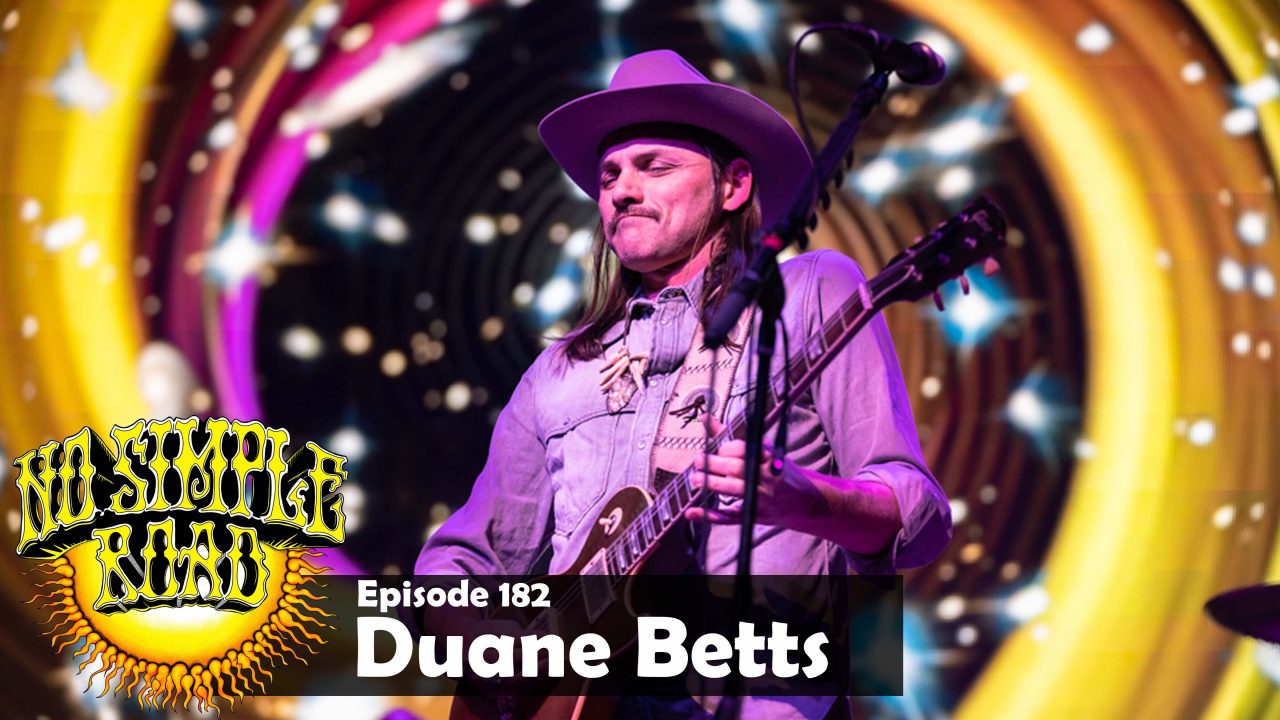 No Simple Road is proud to have the one and only Duane Betts as our guest this week. Duane cut his teeth sitting-in regularly as a teen with Rock and Roll Hall of Fame inductees The Allman Brothers Band. A Sarasota, Florida native, Betts relocated to Southern California and led Malibu rock outfits such as Backbone69 and Whitestarr, then ascended to a near-decade stint playing guitar alongside his father, Dickey Betts, in his group, Great Southern. Whether as a touring guitarist for folk-rockers Dawes or sharing the stage with luminaries from Jack Johnson and G. Love to Kid Rock and Phil Lesh, Betts became a consummate musician, honing his craft, and issuing his first solo effort in 2017.

Duane joins No Simple Road to talk about creating the new Allman Betts Band album ‘Bless Your Heart’, navigating the pull of social media, creating music that is faithful to his roots while still maintaining his own sound, growing up in a legendary musical family, memories of Grandma’s giblet gravy, and much more!

Check out the new Allman Betts Band album “Bless Your Heart’ everywhere music streams and for more on the band including tour news, bios, and more head over to www.allmanbettsband.com

SONG AT THE BEGINNING OF THE INTERVIEW: ‘Should We Ever Part’ off ‘Bless Your Heart’

SONG AT THE END OF THE INTERVIEW: ‘Magolia Road’ off ‘ Bless Your Heart’

FREE SHIPPING FROM Shop Tour Bus Use The PROMO: nosimpleroad

Become a Patron through Patreon.com

No Simple Road is part of OSIRIS MEDIA. Osiris is creating a community that connects people like you with podcasts and live experiences about artists and topics you love. To stay up to date on what we’re up to, visit our site and sign up for our newsletter. Osiris works in partnership with JamBase, which connects music fans with the music they love and empowers them to go see live music

On this episode of Plus One Eric talks with Duane Betts and Devon Allman, founding members of The Allman Betts Band. Devon…

We have a bunch of new episodes for your delight. Hope you enjoy! Give us a review wherever you get…

The Allman Betts Band: Where The Song Is The Boss

Because it is 2020, nothing is the same, and music is no exception — podcasts like this one included. As… 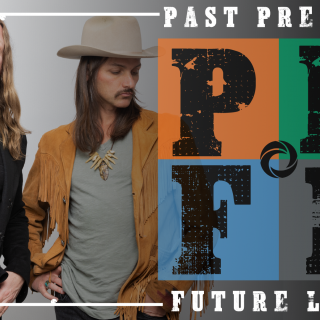 On this episode, RJ talks with Devon Allman and Duane Betts of the Allman Betts Band about family history, musical…

We have a bunch of new interviews to tell you about, plus an exclusive live track from Allman Betts Band.Allen…

200 – Playing In The Band With Donna Jean Godchaux

199 – Manifesting The Fun With Jude Smith

198 – Lighting Up The Sun With Anders Osborne