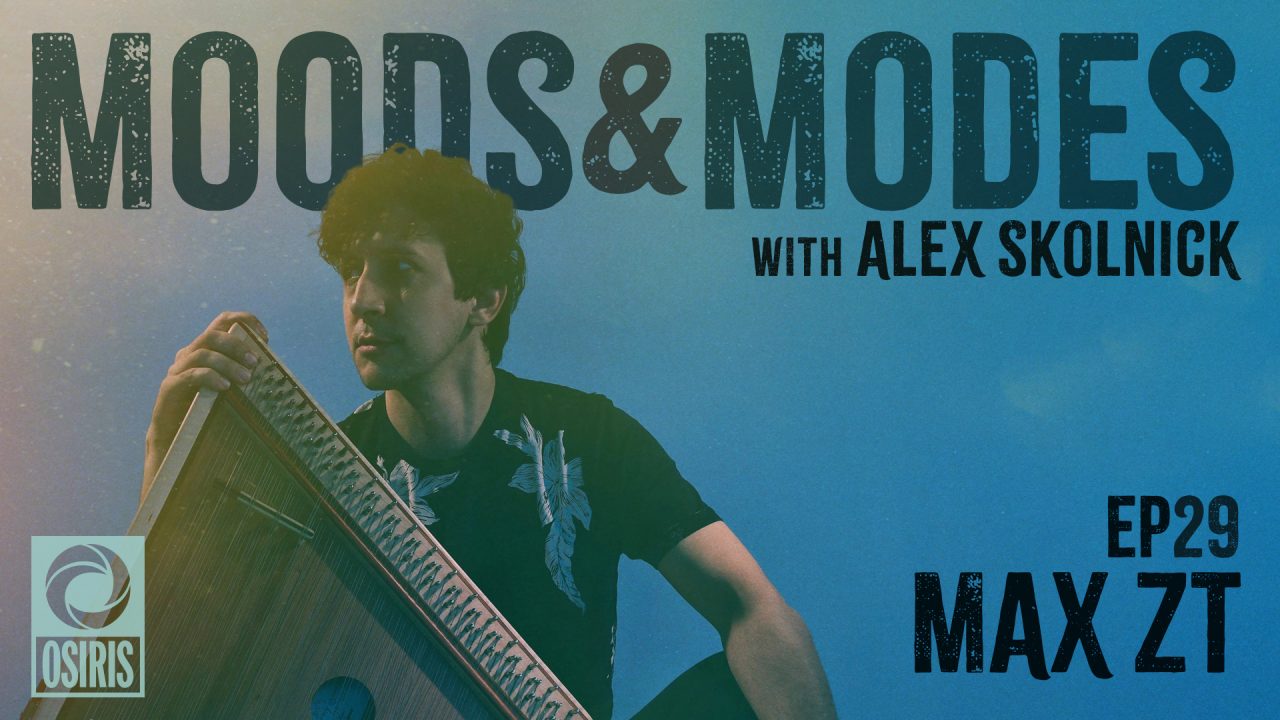 Brooklyn-based musician Max ZT has been called the “Hendrix of Hammered Dulcimer” and is widely regarded as one of the instrument’s most prolific and innovative performers. In this episode, he joins Alex to explain the origin and design of the instrument, which he describes as the predecessor to the piano, and demystifies how to play it with some detailed examples. Max tells Alex about discovering the instrument at an early age, and the two discuss the importance of being present and judgment-free when playing. You’ll also hear clips from the jam session that happened during the recording.

Taking his roots from Irish and American folk music, Max has transplanted his compositional techniques to both Senegal, where he studied the Mandinko technique with the Cissoko griot family, and to India, where he received the prestigious American Institute of Indian Studies Fellowship grant to study under the world-renowned santoor master Pandit Shivkumar Sharma. His fresh perspective and bold experimentalism have been the backbone to beautiful, complex, and genuine compositions, while his unorthodox playing style has been a pioneering force in revolutionizing dulcimer techniques.

Max ZT and his band House of Waters have been called “One of the most original bands on the planet,” by NY Music Daily, and have shared the stage with some of the most influential international musical leaders of the century including Pt. Ravi Shankar, Tinariwen, Jon Bon Jovi, Jimmy Cliff, Bela Fleck, Karsh Kale, Snarky Puppy, and more.

Max’s debut solo album Daybreak will be released on April 8.