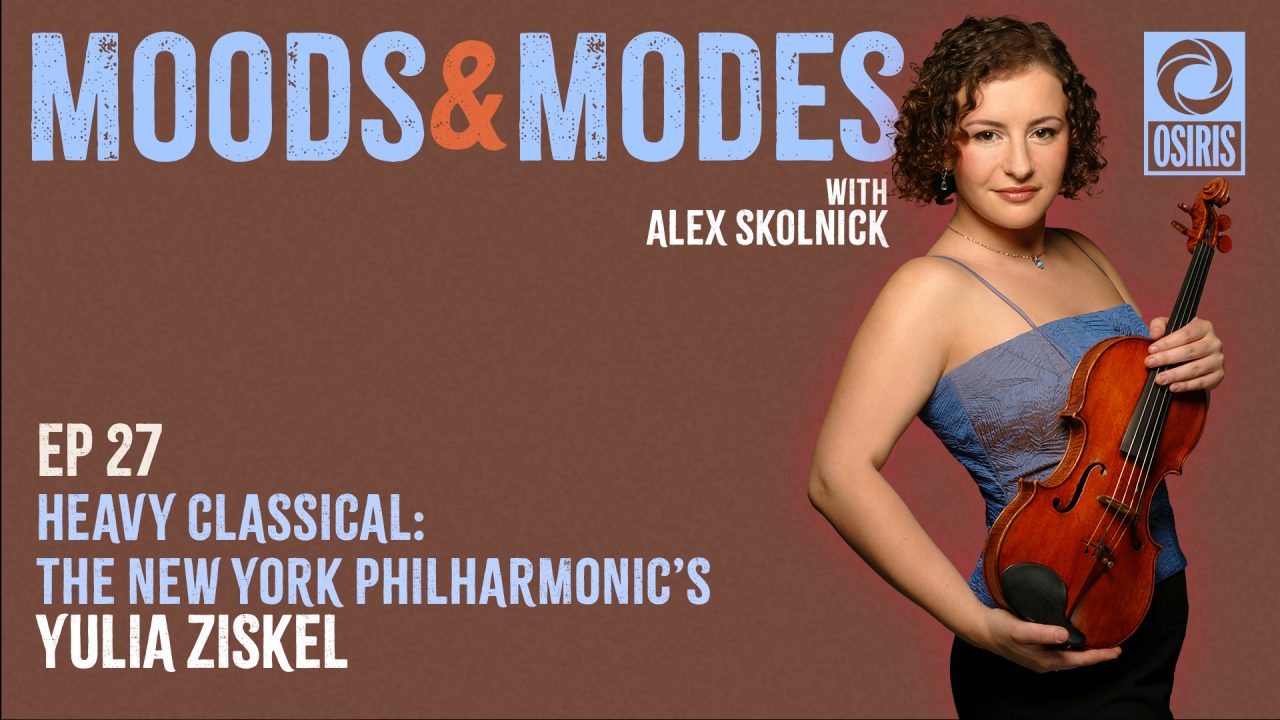 A member of the New York Philharmonic’s first violin section since 2001, Yulia Ziskel, who holds The Friends and Patrons Chair, has established herself as a highly acclaimed solo, chamber, and orchestral musician. She has been praised by The Strad Magazine for “the sweetness of her sound.” This week, she joins Alex to discuss her upbringing in Russia, the evolution of her career, and the intersection of classical, rock, and metal. The two discuss classical pieces that have been translated into modern music, and Ziskel shares some musical influences that may surprise you.

Born in St. Petersburg, Russia, Yulia Ziskel began her musical training on the violin and piano at the age of four. She made her solo debut at age seven at the St. Petersburg Philharmonic Hall and at age twelve was a soloist with St. Petersburg Chamber Orchestra. As a teenager she toured extensively, appearing in solo recitals throughout Russia, Germany, Finland, Poland, and the United States. In 1994 Ms. Ziskel’s family immigrated to the United States, where she completed her bachelor of music degree at Indiana University and later received her master’s degree from The Juilliard School.

Listen to music from the episode here.

Moods & Modes is presented by Osiris Media. Hosted and Produced by Alex Skolnick. Osiris Production by Kirsten Cluthe and Brad Stratton. Editing and mixing by Justin Thomas (Revoice Media). Music by Alex Skolnick. Artwork by Mark Dowd. If you like what you hear, please share, rate, review & subscribe!