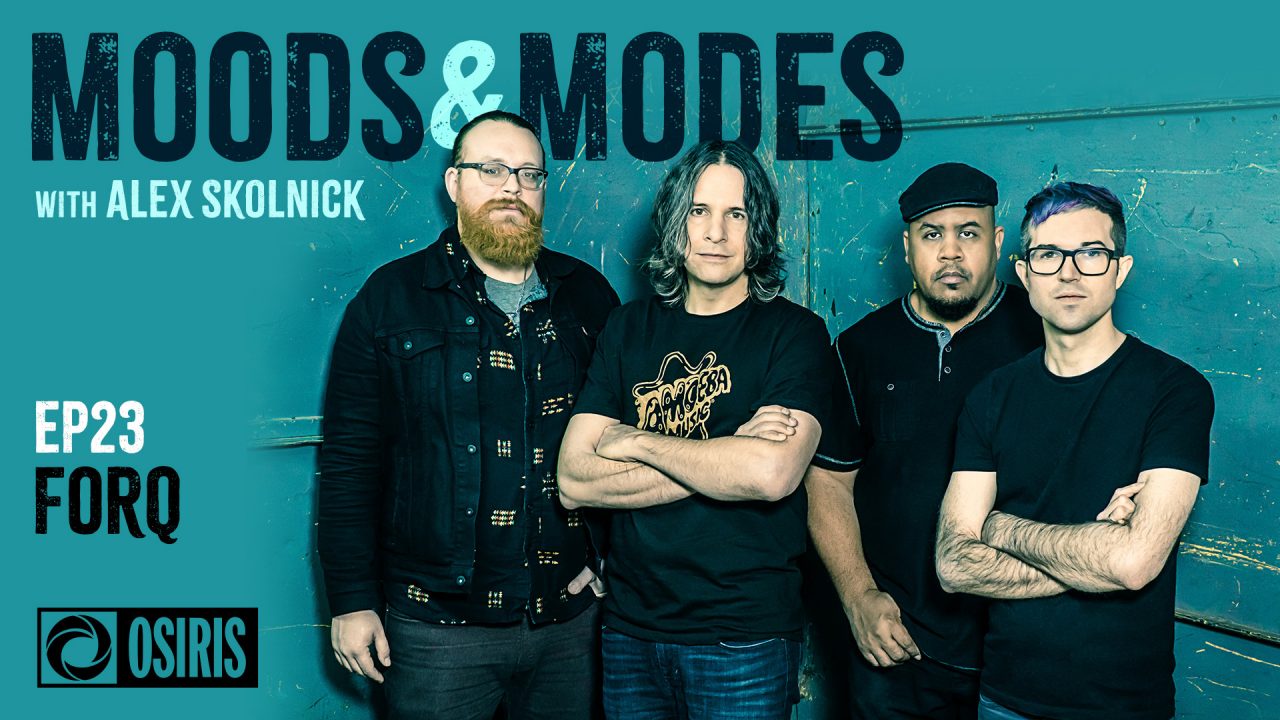 FORQ is a harder-edge fusion band that Alex describes as ‘Snarky Puppy adjacent’, due to its relationship to one of the founding members, Michael League. Keyboardist Henry Hey formed the band with League in the early 2010s and on this episode, Henry joins Alex along with FORQ guitarist Chris McQueen to talk about their innovative new album “Four (Remixt)”. Henry and Chris explain the creative process behind the album, which is a reimagining of their album “Four”. The band invited producers and musicians, including Alex, to remix the original tracks from the album and the results are wonderfully eclectic. The trio also talk about the differences of playing in FORQ and Snarky Puppy, and the musical curiosity that keeps their music fresh.

FORQ is an instrumental quartet with a dynamic sound and a penchant for sonic exploration. The group is composed of world-class improvisers, but it is their unusually memorable, genre-blending songs that leave the most lasting impression. Originally founded by keyboardist Henry Hey (David Bowie, Empire of the Sun, Jeff “Tain” Watts) and bassist Michael League (Grammy-winning leader of Snarky Puppy), Forq is now joined by guitarist Chris McQueen (Snarky Puppy, Bokanté), drummer Jason “JT” Thomas (Roy Hargrove’s RH Factor, Marcus Miller, Snarky Puppy, Mark Lettieri Trio) and bassist Kevin Scott (Wayne Krantz, Jimmy Herring, Col. Bruce Hampton). They have toured across the US and Europe and performed at international festivals including the North Sea Jazz festival and GroundUP Festival in Miami Beach.

Moods & Modes is presented by Osiris Media. Hosted and Produced by Alex Skolnick. Osiris Production by Kirsten Cluthe and Brad Stratton. Editing and mixing by Justin Thomas (Revoice Media). Music by Alex Skolnick. Artwork by Mark Dowd. To discover more podcasts that help you connect more deeply to the music you love, check out osirispod.com. If you like what you hear, please give us a rate and review on Apple Podcasts.