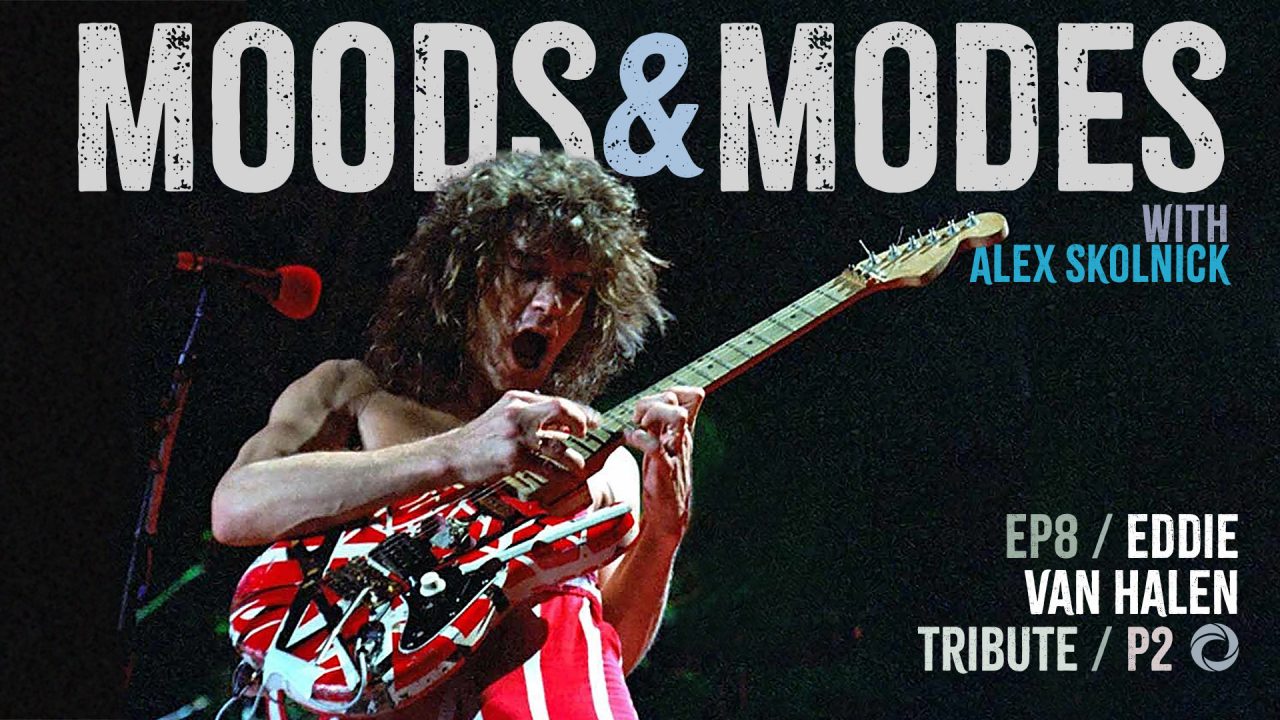 In part two of this tribute to Eddie Van Halen, Alex welcomes Brad Tolinksi (author of “Play it Loud” and former editor-in-chief of Guitar World) and Matt Blackett (Formerly associate editor for Guitar Player) to discuss Eddie’s approach to playing, the expressiveness he was able to get out of his equipment, and the soulful swing that is the foundation of his musical legacy. Brad tells Alex about the time that he got to play Eddie’s Frankenstein guitar, and Alex breaks down some of the most infamous EVH licks (including something he describes as the “EVH Secret Quintuplet”).

Mentioned in this episode:

“Somebody Get Me a Doctor”

“So ThIs Is Love”

Music mentioned in the episode, along with some of Alex’s favorite Van Halen tracks, can be heard on the Moods & Modes Spotify playlist.