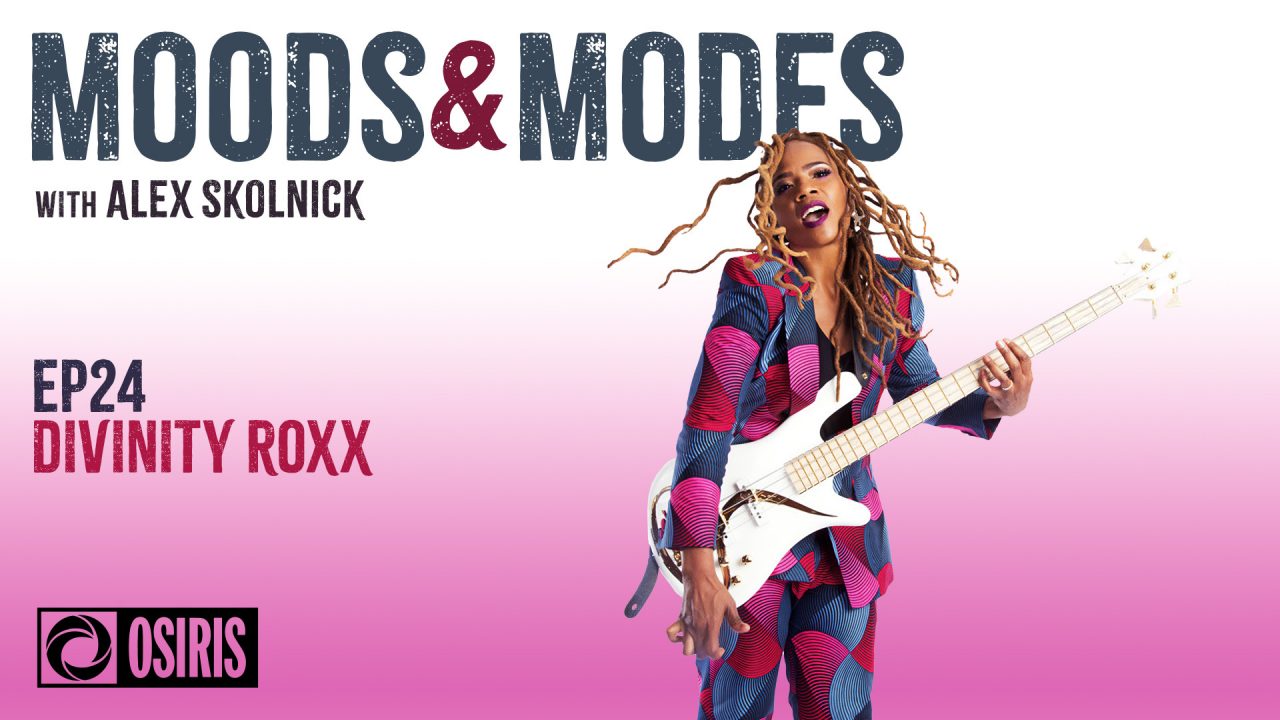 This week, Alex welcomes Grammy nominated musician Divinity Roxx to Moods & Modes. Divinity tells Alex about her transition to writing music for kids and the intention behind the songwriting, and why it’s important to introduce children to a high level of music early on. The two discuss her introduction to bass while at UC Berkeley, getting her first tour with bass legend Victor Wooten, and playing in Beyoncé’s all female band.

Divinity Roxx has earned the reputation of irrefutable front-woman of her own genre-busting musical journey. After touring with Victor Wooten for five years, she became the bass player and Assistant Musical Director for Beyoncé. Divinity has appeared on countless television shows and she is the current bass player in the Black Girls Rock! Orchestra which airs on BET and has played with such artists as Jay-Z, Nona Hendryx, Will.I.Am, Erykah Badu, Patti Labelle, Ledisi, and Gladys Knight.

Despite her appearances with so many legendary and iconic figures, it is in her solo performance that Divinity shines brightest. She combines virtuosic bass playing with an eclectic mash-up of hip-hop, rock and funk that she calls ‘Alternative Soul’. Her passion for composition combined with her lyrical prowess and electrifying stage presence captivates audiences worldwide. She is currently performing, teaching, and writing multiple projects including a new album, a stage play, and a children’s book and music series.

Her latest album, “Ready Set Go!” is a collection of upbeat tracks with positive messages specifically designed for young children but equally appealing to adults. The lyrics of two songs are being released as books by Scholastic, the global children’s publishing company, with illustrations by NaShantá Fletcher.

Moods & Modes is presented by Osiris Media. Hosted and Produced by Alex Skolnick. Osiris Production by Kirsten Cluthe and Brad Stratton. Editing and mixing by Justin Thomas (Revoice Media). Music by Alex Skolnick. Artwork by Mark Dowd. If you like what you hear, please subscribe, rate and review!