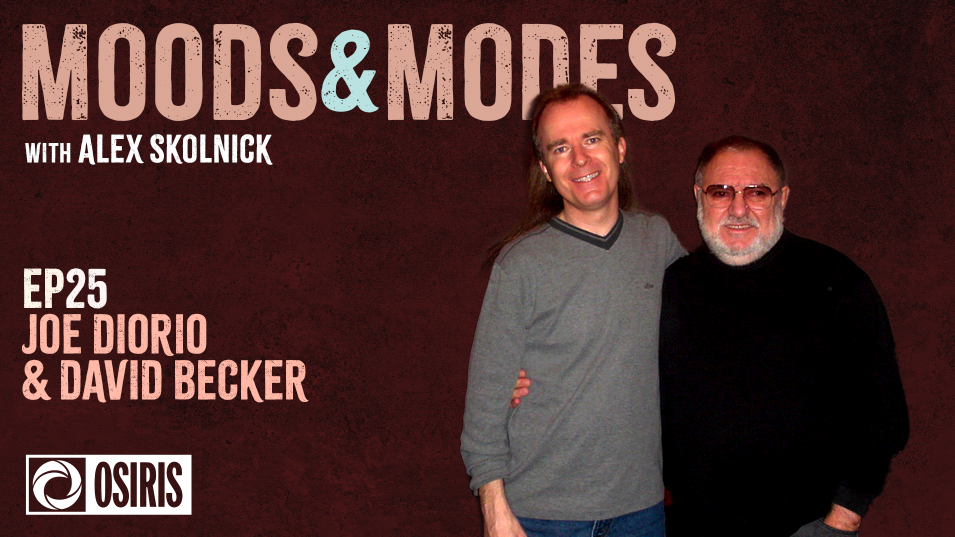 In the final episode of 2021, Alex welcomes guitarist David Becker to talk about working with the legendary jazz guitarist Joe Diorio. David tells Alex about attending the Guitar Institute of Technology, where he first met Joe when he was a student, and shares stories of recording and

touring with Joe over the years. The two discuss Joe’s book, Intervallic Designs, and the influence he had on guitarists like Pat Metheny.

David Becker is a Grammy and Emmy nominated guitarist, composer, and producer. For more than three decades, he has continued to define himself as one of the best and most unique voices in jazz and contemporary music. He has led the critically acclaimed DAVID BECKER TRIBUNE for over 20 years, performing for a worldwide audience.

Joe Diorio is a jazz guitarist who has performed with Sonny Stitt, Eddie Harris, Ira Sullivan, Stan Getz, Pat Metheny, Horace Silver, Anita O’Day, and Freddie Hubbard. In recent years, he has recorded with performers such as Robben Ford, Gary Willis, David Becker and Mick Goodrick. He taught at the University of Southern California and was one of the first instructors at the Guitar Institute of Technology.