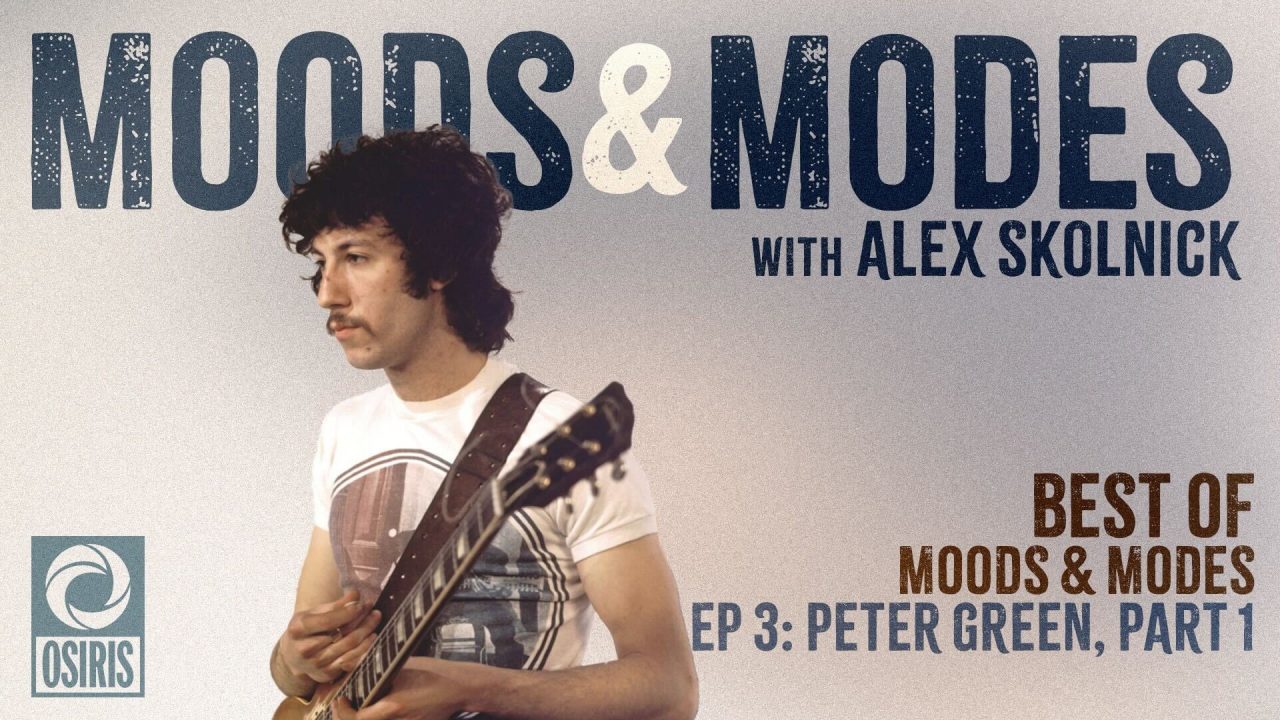 While Alex is out on the road with Testament on the Bay Strikes Back Tour, we thought we’d take you on a journey back to the early days of Moods & Modes. This week, we’re featuring Episode 3: Peter Green, Remembered and Rediscovered.

A deep dive into the life and music of Peter Allen Greenbaum, better known as Peter Green, who passed away on July 25, 2020. Although best known for co-founding the first version of Fleetwood Mac, there is so much more to uncover. This episode features a roundtable of experts on the gentle genius of guitar known as “Greenie,” plus a few surprises. Alex is joined by Mike Zito, Dave Rubin, Andy Aledort; and, via shared podcast: Dean Delray & Kirk Hammett.

Peter Green was a British blues rock guitarist and composer. As the founder of Fleetwood Mac, he was inducted into the Rock and Roll Hall of Fame in 1998. Green founded Fleetwood Mac in 1967 after a stint in John Mayall’s Bluesbreakers and quickly established the new band as a popular live act in addition to a successful recording act, before departing in 1970. Green’s songs, such as “Albatross”, “Black Magic Woman”, “Oh Well”, “The Green Manalishi (With the Two Prong Crown)” and “Man of the World”, appeared on singles charts, and have been adapted by a variety of musicians. Green was a major figure in the “second great epoch” of the British blues movement. Eric Clapton praised his guitar playing, and B.B. King commented, “He has the sweetest tone I ever heard; he was the only one who gave me the cold sweats.” His trademark sound included string bending, vibrato, and economy of style.In 2015, Rolling Stone ranked him at number 58 in its list of the “100 Greatest Guitarists of All Time”.