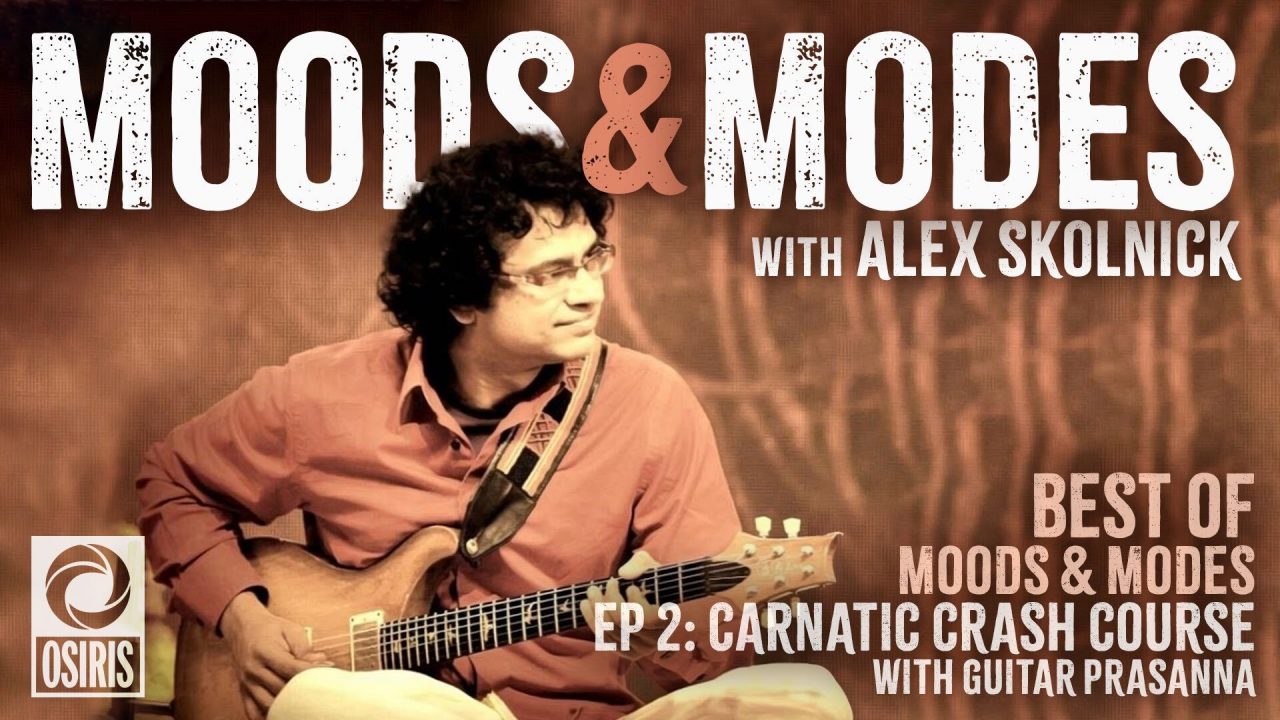 While Alex is out on the road with Testament on the Bay Strikes Back Tour, we thought we’d take you on a journey back to the early days of Moods & Modes. This week, we’re featuring Episode 2: Carnatic Crash Course with guest Guitar Prasanna.

In episode 2, Alex welcomes musician Prasanna, a pioneer in performing Carnatic music on the guitar. In conversation with Alex, Prasanna breaks down his unique style and the musical inspirations behind it, which include Blackmore, Coltrane, and Steely Dan, to name a few. Because he’s also an educator, Prasanna demonstrates some of the techniques he uses and explains the musical vocabulary behind the music he performs. This episode was recorded in person and you’ll hear Prasanna and Alex play some music throughout the episode.