The Late Era crew is joined by the hilarious and insightful Gregg Turkington (Neil Hamburger, On Cinema) to discuss a late-career landmark by Frank Sinatra. Best known for featuring Ol’ Blue Eyes’ immortal rendition of “Theme From New York, New York,” 1980’s Trilogy: Past, Present, Future is a surreal, self-referential, and strangely moving triple album organized through the lens of Sinatra’s own experience in show business. This means we get a selection of standards, some fresh takes on radio hits by Billy Joel and the Beatles, and… an operatic suite about interplanetary space travel and the crushing inevitability of death? We discuss all of this, plus a shocking tale of kidnapping conspiracy, a savvy bit of financial advice, and an expert round of celebrity impressions. Start spreading the news: It’s a Late Era classic.

Please consider reviewing this podcast on Apple Podcasts, or wherever you get your podcasts. We invite you to join us for Season 2 Episode 3, coming April 8! 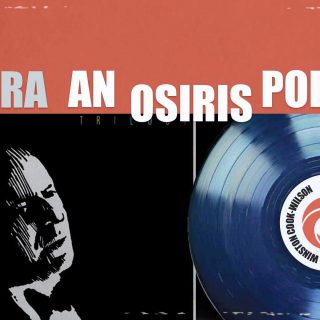 The Late Era crew is joined by the hilarious and insightful Gregg Turkington (Neil Hamburger, On Cinema) to discuss a…