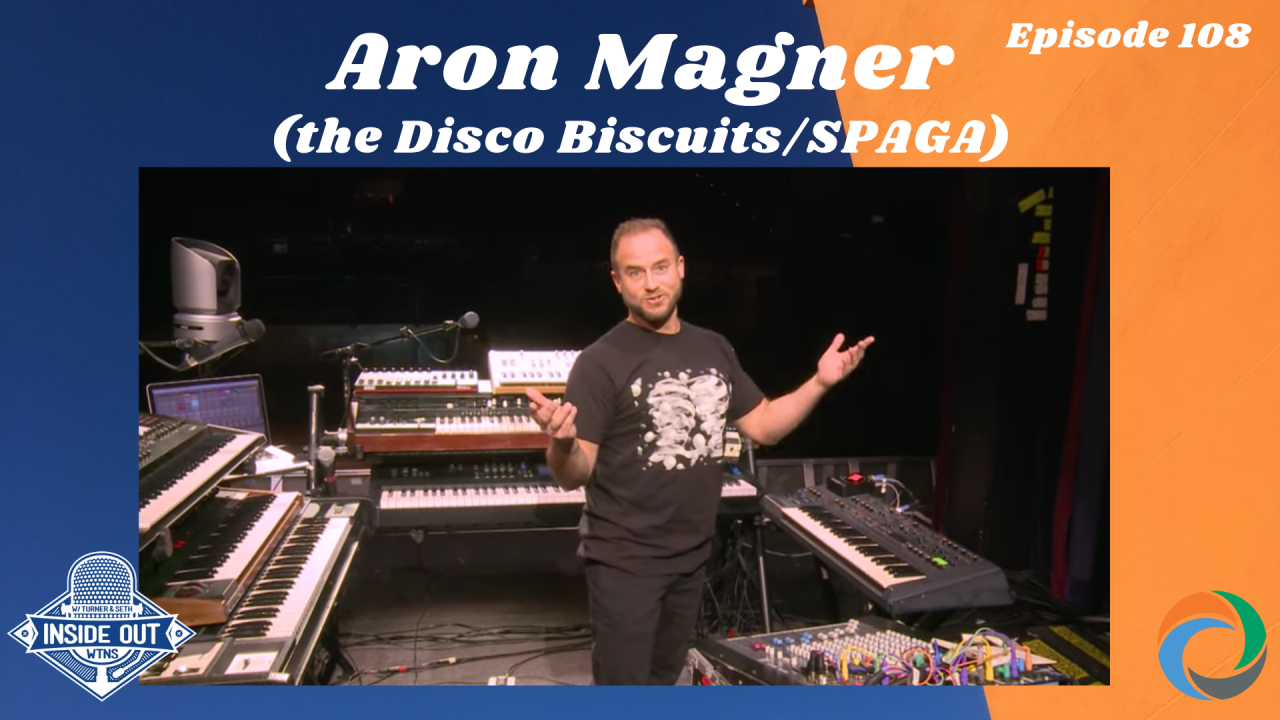 Aron Magner sat down with Rob and Seth in a suite at CoolRay Field in Lawrenceville, GA. The resulting conversation, and some recent Aron Magner music combine to make up the bulk of this episode. Aron talks about his experiences during lockdown, and how his wife convinced him to bring his captivating and soothing ambient music to the world. He also talks about what inspired him to put together a jazz’y band, how said band came together, why he named it after a Disco Biscuits song and how that classic Biscuits song (SPAGA) got its name in the first place. Mags also shares many Biscuits stories. We learn why he chose to go to UPenn, how he initially met the band, how he knew a certain synthesizer would change his life, and about his involvement in some of the most recent Biscuits originals. Aron also talks about the ebb and flow of the band’s career, about his input in the most recent batch of tDB material, about how the band decides where to improvise and about playing in bands with founding members of The Grateful Dead.