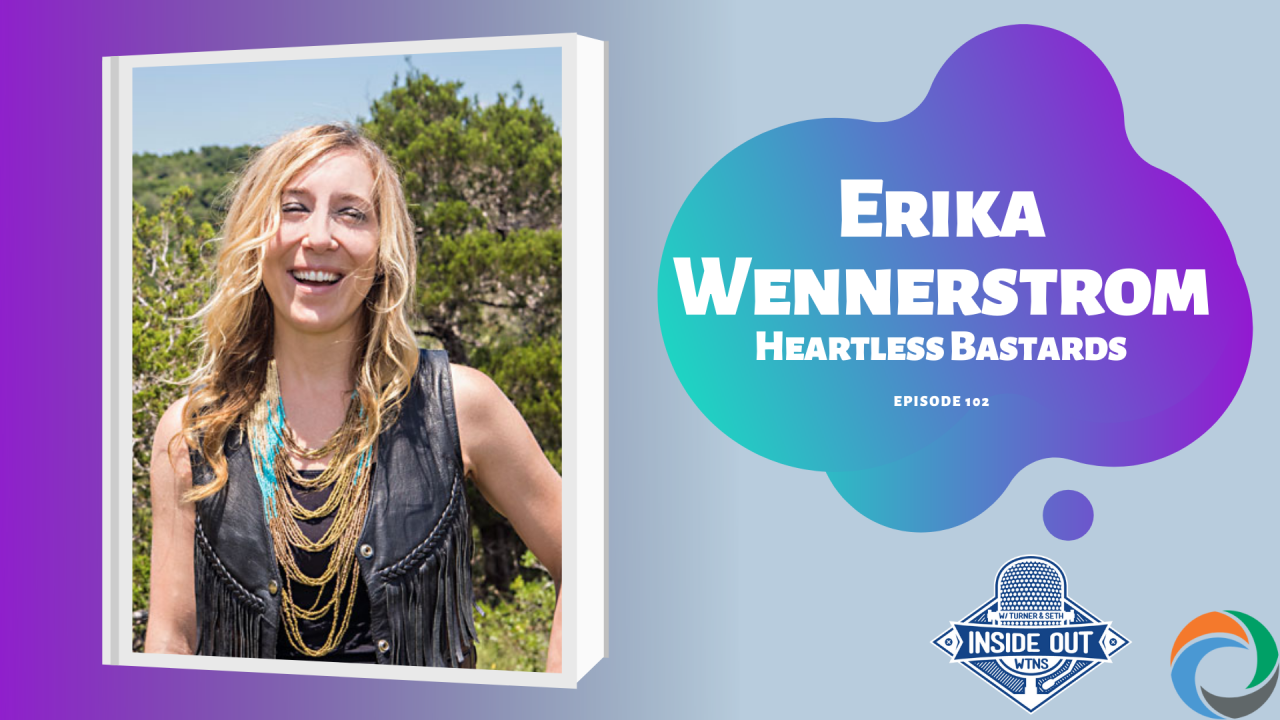 Rob and Seth chatted with Erika Wennerstrom of the Heartless Bastards shortly after she and her band had released the single, “Revolution.” Erika talks about the message of the song, and how it is a part of a record that will be the first full-length release from Heartless Bastards in over five years. We hear the song in its entirety, and we hear Erika talk about how the record was completed just before COVID locked us all in our homes.  We include a bunch of music from her debut solo record “Sweet Unknown” because Erika explains to us in detail about how the forthcoming Heartless Bastards release in many ways expands on themes that were a huge part of that brilliant debut solo release. She also shares with us how she has coped with her time during the pandemic. We also go into the Wayback Machine and learn of her early days in Dayton, and why she moved to Cincinnati. We also find out how her persistence there, and her insistence on playing a wildly under-attended gig in Akron would each serve to change her life forever. This episode covers plenty of other territory, and it demonstrates that Erika is a very sincere and thoughtful person beyond her writing and performing excellence.

Music From The Episode:

Be Here To Love Me (from Tribute To Townes Van Zandt)

Inside Out w/ Turner and Seth – insideoutwtns.com