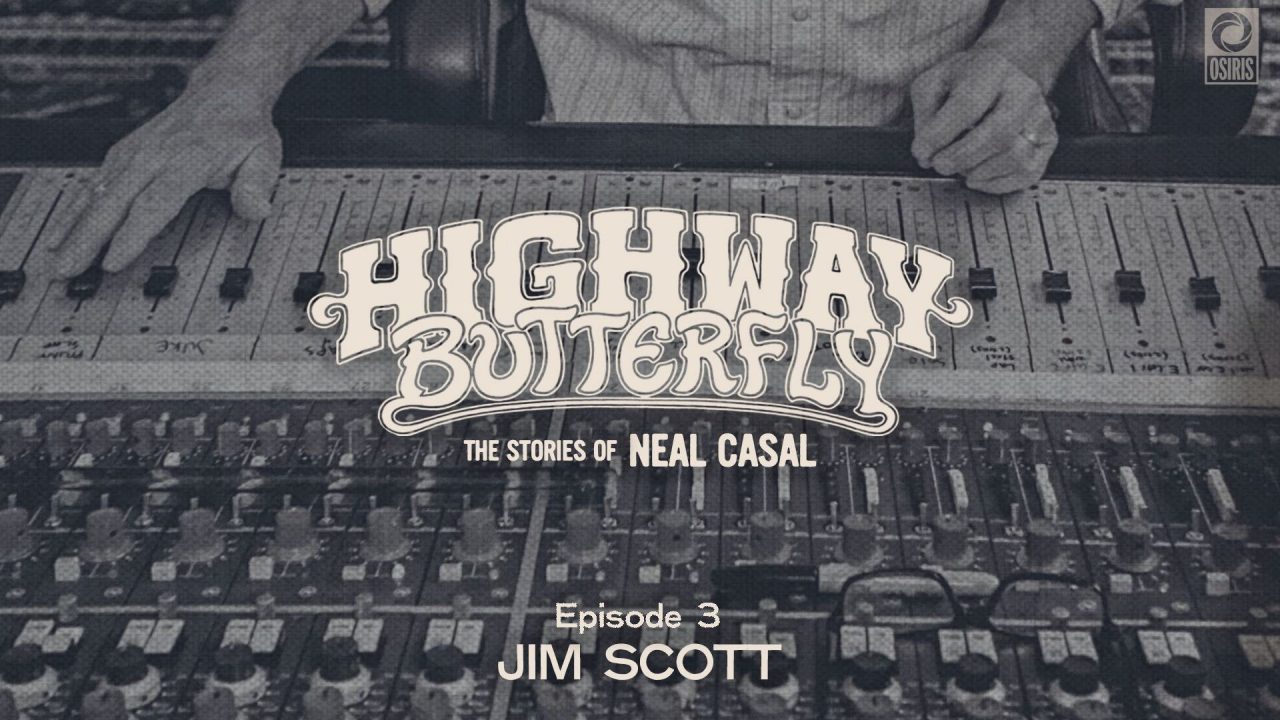 Grammy Award-winning recording engineer/producer Jim Scott helmed the dials and hosted the musicians who recorded Highway Butterfly: The Songs of Neal Casal at his studio, and co-produced the record alongside Dave Schools. Jim worked closely with Neal since the early 90s, producing his debut album Fade Away Diamond Time and working with him until the end, when Neal recorded with Circles Around the Sun just days before he passed. In this episode, Jim shares those memories from the very beginning of Neal’s career, discusses the magic made at PLYRZ during the Highway Butterfly sessions, and why Neal became his go-to guy to call into the studio. Learn more about Jim at https://www.plyrzstudios.com/.

“Be Strong Now” – James Iha, Let It Come Down

“Money’s No Option” – Circles Around The Sun, Self-titled

“Day In The Sun” – Susan Tedeschi and Derek Trucks, Highway Butterfly: The Songs of Neal Casal