In this episode, Taraleigh and Leah chat with music photographer Jay Blakesberg about his experiences over the last 30 years capturing “lightning in a bottle” moments of live music. He talks about his initial quest for sex, drugs, and Rock n’ Roll and how it led to a thriving career where he remains inspired and satisfied in his role as a visual anthropologist documenting scenes from our live music tribe. For the “Did you Know” section, Leah talks about our innate drive as humans for the experience of collective ecstasy and collective joy in a ritualized way and Taraleigh instructs listeners on how to bring the live music magic into their daily lives now in her “Daily Jam.”

Jay Blakesberg is a San Francisco-based photographer and video director whose career spans over 30 years. He began his career photographing live music events he attended. After moving to the Bay Area in the mid-1980s he became the house photographer at the rock club The I-Beam on Haight Street and began to photograph the birth of the alternative rock movement. He photographed his first assignment for Rolling Stone in 1987, and since then has shot for them over 300 times. In the 1990s Blakesberg was constantly shooting for print magazines and record companies, creating a photographic archive of 30 years of music icons. After securing a book deal to release a coffee table book of his Grateful Dead archives in 2002, Blakesberg was inspired to create his own book publishing company, Rock Out Books. Starting in the summer of 2007, he began to produce and direct live concert videos for numerous festivals and artists. Blakesberg continues to document Rock and Roll culture through photographs and video.

This podcast is available on Apple Podcasts, Spotify, or wherever you get your podcasts. Please leave us a rating or review on iTunes and join our Facebook group to dive deeper into the conversation of live music and health and wellness.

Groove Therapy is brought to you by Osiris Media. To discover more podcasts that connect you more deeply to the music you love, check out osirispod.com.

Episode 12: Turned On with Jay Blakesberg

In this episode, Taraleigh and Leah chat with music photographer Jay Blakesberg about his experiences over the last 30 years…

149 – In The Moment With Jay Blakesberg

This week’s guest on No Simple Road is the man behind the most iconic photos in music history, the one… 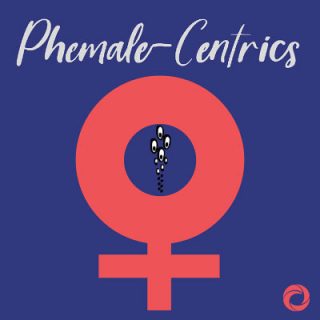 Dawneebee interviews Jay Blakesberg who is one of the music industry’s most sought-after rock photographers, known for capturing the explosive…

What exactly happens in our minds and bodies during live music? Can it help us to heal and grow? Musicians and health and wellness experts discuss how to live your best life every day.

Coping Through Crazy Times with Taraleigh and Leah

Episode 19: Coping Through Crazy Times with Taraleigh and Leah